There has been quite a buzz lately about planting LCMS churches. For many, church planting is seen as the best means of making disciples of all nations. And it is true that church planting is in the very fabric of our church body. In the 1st 100 years, the LCMS averaged one new church start every week. In the late 1800s, for several decades, the LCMS planted one new church every day. As we know from the New Testament, planting congregations in the city was a major part of St Paul’s missionary journeys, and it is said that 81% of our US population will soon be found within city limits.

For those interested in statistics and metrics, it would seem we need to plant more churches to just to keep up with the decline we are faced with.  For those who are interested in demographics, if Christ were to return today, of all the nations, only China and India have more unbelievers. For those concerned with the rise of Islam, missionaries to Muslims are right here in the US. For those interested in a theology of mission and understanding of ecclesiology, planting a church is a natural occurrence in the life of the church and it is quite biblical and Trinitarian by nature. And in these dark and latter days, when one thinks upon Christ’s imperative to preach repentance and forgiveness to the ends of the earth, and we consider how some of our largest major cities have only a handful of LCMS churches, there is certainly opportunity to love our neighbors and preach the Good News across the spectrum.

But in the shadow of the 500th anniversary of the Reformation, can planting new LCMS churches bring reform to the Lutheran church? I know for me, being sent to plant an LCMS church where it was a blank slate for Lutheranism, it seemed a daunting task. Daunting to know that this church would represent to those in this place, what is Lutheran? And for me, it was a challenge to bring things back to our beginnings… to not only describe what it means to be Lutheran, but that “Grace Alone, Faith Alone, Scripture Alone” would be at the heart of our Lutheran identity. Certainly we would stand apart from other local churches through our distinctively Lutheran Theology of the Cross, a proper understanding of Law and Gospel, and, most especially, our recognition of Christ’s true presence at the altar, pulpit, and font–both cruciform and incarnational–not just in a detached spiritualism. So to be sure, we were intentionally Lutheran, in fellowship, in confession, in our outreach.

When asked the inevitable question of “how are you going to worship?” with only a small core group without a lot of resources, my answer was: “It will be simple, something we can do well, and it will bring unity with the rest of our church body who we will walk together with.” In other words, it would be worship that was, well, Lutheran. Did it take some explaining to those new to it? Yes. I once had a fellow pastor who mentioned jokingly in a circuit meeting that I had the spiritual gift of Lutheranism, because whether it was in the Deep South or the inner city, people were falling in love with Lutheranism. But for me, what that meant was a love for Christ; teach them about the real presence of Christ and how he comes to us through His means of grace, and they will accept nothing less in what they believe, teach and confess.

And so if we were to start a church, we asked, how would we know it was Lutheran? Well, why not get it straight from the horse’s mouth? Not only did we focus on Luther’s catechisms as our evangelist training materials, we also spent a great deal of time studying what Luther said about what it meant to be the church, for example:

Well then, setting aside various writings and analyses of the word “church,” we shall this time confine ourselves simply to the Children’s Creed, which says, “I believe in one holy Christian church, the communion of saints.” Here the creed clearly indicates what the church is, namely, a communion of saints, that is, a crowd assembly of people who are Christians and holy, which is called a Christian holy assembly, or church. Yet this word “church” is not German and does not convey the sense or meaning that should be taken from this article.
In Acts 19 [:39] the town clerk uses the word ecclesia for the congregation or the people who had gathered at the market place, saying, “It shall be settled in the regular assembly.” Further, “When he said this, he dismissed the assembly” [vs. 41]. In these and other passages the ecclesia or church is nothing but an assembly of people, though they probably were heathens and not Christians. It is the same term used by town councilmen for their assembly which they summon to the city hall. Now there are many peoples in the world; the Christians, however, are a people with a special call and are therefore called not just ecclesia, “church,” or “people,” but sancta catholica Christiana, that is, “a Christian holy people” who believe in Christ. That is why they are called a Christian people and have the Holy Spirit, who sanctifies them daily, not only through the forgiveness of sin acquired for them by Christ (as the Antinomians foolishly believe), but also through the abolition, the purging, and the mortification of sins, on the basis of which they are called a holy people. Thus the “holy Christian church” is synonymous with a Christian and holy people or, as one is also wont to express it, with “holy Christendom,” or “whole Christendom.” The Old Testament uses the term “God’s people.” [i]

So we set about starting the church based on the 7 marks of the Christian Church that Martin Luther described [ii], and later on I would see the connection to mission using the patterns of Witness, Mercy, Life Together:

And just as intentional as we were in getting the message right, we were intentional in getting the message out. We became engrained in the community, not in some artificial way, but through our vocations as well-catechized Lutherans. We were sent to tell and sent to love. If you want to earn the trust of a community, then might I suggest you don’t just start programs to attract wealthy suburbanites, but care for the community’s weak and marginalized? Little did I know that by showing mercy to the least, we would go from hearing, “What is a Lutheran?” to “Oh yeah, the Lutherans are bold in their confession and sincere in their faith, we know them.”

As the only “northerner” in the bunch, to my pleasant surprise, within a couple of years I was asked to be the president of our local ministerial association and frequently had opportunities to speak about Lutheranism and the new church. Our church had started the first soup kitchen that broke thru many barriers, and then, working with other churches, we started a community center. We didn’t have much, but when you entered the church, one thing was sure, Christ was written all over it in truth and love. The Word went out with free course in the tradition of the reformation.

And now we would like to use this approach on a national scale. The Office of National Mission has been meeting with districts to discuss, among other things, the idea of working together in Life Together Missions utilizing domestic missionaries to plant or re-start churches where they are most needed in their districts. Different ethnic groups, college campuses, underserved communities or neglected inner cities, and caring for the least – the need for domestic missions has never been greater. We also have a chance to respond. It will require a national commitment with much planning, sacrifice, and investment as we walk together to plant distinctly Lutheran churches, or as they say, Lutheran missions that lead to Lutheran churches. I can assure you from my own experience it does not require an exorbitant budget, it can remain fairly simple, and together we can strive toward reaching a common goal through Luther’s seven marks of the church in a Life Together Mission.

So you can talk of mission, doctrine, church planting, and revitalization, but to be sure, these are all the means for reformation of the Christian Church. Wherever the Word is planted or sustained in a distinctly Lutheran confession of faith, these are seeds for reformation. And indeed there is no greater way to honor the legacy of the reformation than to continue it right here in our own Missouri Synod. We have an opportunity to honor Luther’s legacy by purifying the church’s confession and being steadfast in our mission. This can only happen through true reformational leadership which stands on the Word to bring concord among us. Make no mistake, the reformation was a difficult time in the Church which required sacrifice and suffering to bring forth the truth of the Gospel. But united in confession, the mission would once again have the foundation needed to stand the test of time.  Long live the Reformation. 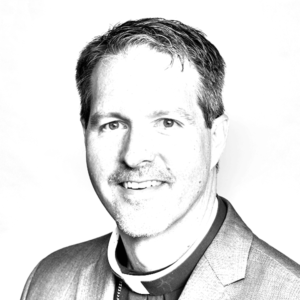