At nearly 20,000 feet above sea level, Tanzania’s Mount Kilimanjaro is the highest point in Africa, and not too far from its peaks, there’s a high-point for LCMS international partnership efforts.

Through a 12-year partnership with the LCMS Mid-South District, one Evangelical Lutheran Church in Tanzania (ELCT) diocese grew into two, and now a growing number of clergy for the newest diocese receive theological training with the help of Concordia Theological Seminary, Fort Wayne, Ind.

“The Mid-South District began a relationship with the East of Lake Victoria Diocese (ELVD) of the Lutheran Church in Tanzania in 2002 at the recommendation of the Mission Board of the LCMS,” said Bob Allen, the district’s mission director. “The focus of this partnership was an evangelism effort to the Sukuma people of the Lake Victoria region.” 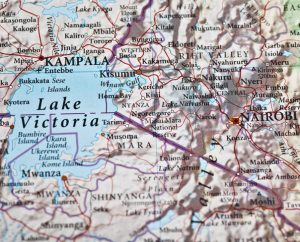 An estimated 60 percent of the Sukuma tribe’s roughly 5-8 million members hold to indigenous pagan beliefs, yet tens of thousands have been receptive to the Gospel, which the Mid-South District helped deliver in part by providing Bibles translated into Kiswahili (Swahili), the official language of Tanzania.

In recent years, the number of churches and sub-congregations in the region went from 120 to 372; seven more mission training centers supported by the district were added; the number of ordained clergy grew from 25 to 45; and, most notably, the number of baptized Christians in the diocese increased from 37,500 to over 100,000.

“From the growth of the ELVD and because of its size in land mass, the diocese was split into two dioceses in the fall of 2012 – the ELVD and the South East of Lake Victoria Diocese (SELVD),” said Allen. “In May 2014, Pastor Emmanuel Makala was consecrated as bishop of the new diocese.”

“As a result of mission work by LCMS missionaries from neighboring Kenya and short-term mission trips sponsored by the Mid-South District, Bishop Emmanuel Makala was led to seek further theological education in the LCMS,” said the Rev. Dr. Timothy Quill, director of Theological Education for the Synod’s Office of International Mission (OIM). Quill also is a professor and director of international studies at the seminary in Fort Wayne.

In his OIM role, Quill works with the Rev. Dr. Albert Collver III, LCMS director of Church Relations and director of Regional Operations for the OIM, and with OIM regional directors and the Synod’s seminaries. In 2012, Dr. Collver met with the Mid-South District and worked out a partnership in which funds were raised to enable Makala to enter the Doctor of Ministry Program at Concordia Theological Seminary. Makala has now completed all of his course work and is nearing completion of his dissertation.”

“The city of Shinyanga is a two-and-a-half-hour drive south of Lake Victoria. Another 45 minutes’ drive into the bush takes you to the Bishop Makala Training Center. The school provides a two-year residential program, training leaders for the fast-growing SELVD,” said Quill. Most of the classes are taught by visiting LCMS professors. The first graduation will take place in March of 2015, and plans are underway for a new class in the fall of 2015.”

Both Allen and Quill are in awe, as the Holy Spirit works in the region.

“What we have seen in Tanzania during the years of this partnership has been a tremendous outpouring of the Holy Spirit that is leading people to respond to the Word in a way that is experienced in few places in the world today,” said Allen.

10 Questions with the Rev. Dale Kaster