VATICAN CITY (RNS) — A day after signaling a warmer embrace of gays and lesbians and divorced Catholics, conservative cardinals hit back strongly Oct. 14, with one insisting that an abrupt about-face on church teaching is “not what we are saying at all.”

After the Oct. 14 release of a document with a softer tone on issues such as “welcoming homosexuals,” American Cardinal Raymond Burke and German Cardinal Gerhard Mueller complained the media was getting a biased view of the bishops’ debate.

“It seems to me that information is being manipulated in a way that gives comment to only one theory instead of faithfully reporting the various positions expressed,” Burke said in a full-page interview published in Italian by the conservative daily Il Foglio.

“This worries me very much because a significant number of bishops do not accept the ideas of an opening, but few [people] know that.”

In a separate interview published Oct. 14, Burke told the conservative U.S. outlet Catholic World Report that the bishops “cannot accept” any changes because they are not based in Scripture or church teaching.

The Oct. 13 midpoint report was released as the nearly 200 bishops and lay delegates to the Synod on the Family called by Pope Francis broke into discussion groups.

The summary document, presented to the media by Hungarian Cardinal Peter Erdo, immediately provoked the fury of conservatives about how he and his colleagues were interpreting the spectrum of views aired on the synod floor.

In what looked like strenuous damage control, the Rev. Federico Lombardi, the Vatican’s chief spokesman, told a packed media conference Oct. 14 that this was a “working document, not a final document.”

South African Cardinal Wilfrid Napier told journalists the document had been misunderstood and that’s why it had caused “such an upset” among participants because the synod had not yet ended.

“The message has gone out, it is not what we are saying at all,” Napier said of the media coverage. “Once it is out there there’s no way of retrieving it. It is not a true position. Whatever goes out after looks like damage control.”

Media reports claimed that the controversial summary document provoked 41 responses inside the synod from bishops, including staunch conservatives like Burke, who heads the Vatican’s highest court; Mueller, the Vatican’s doctrine czar; and Australian Cardinal George Pell, the powerful finance minister.

“The phrasing may lead people to believe that the document reflects the views of the synod,” Napier said. “We couldn’t have possibly agreed on it.”

Washington Cardinal Donald Wuerl, widely seen as a moderate and one of the cardinals charged with writing the synod’s final report to be released Oct. 18, declined to comment on the complaints but insisted the document was a “big step forward” in addressing issues concerning marriage and the family.

“What we saw in the document … was the first effort of this synod to present the issues in a way that expressed that we understand what the concerns are, what the issues are,” he said outside the Paul VI hall Oct. 14.

New York Cardinal Timothy Dolan, too, rejected claims the document’s views were an “earthquake” in the church’s approach.

“It’s not the final word and we’re going to have a lot to say about it,” Dolan said in a radio interview. “And there were some that said we probably in our final statement need to be much more assertive about the timeless teaching of the church.”

Much of the attention has now turned to Pope Francis himself, and whether or how he will work to ensure that the synod’s final report matches his own inclusive, pastoral approach.

Marco Tosatti, from the Italian daily La Stampa, said he would pay anything to know what the pope is scribbling on the many notes he passes to the synod’s secretary-general, Cardinal Lorenzo Baldisseri, throughout the synod sessions.

In his daily homily Oct. 13, Francis said “God has often reserved surprises for his people.” Burke, in his interview with Catholic World Report, said a statement by Francis “is long overdue.”

Whatever comes out of the synod is simply a prelude to a follow-up synod in October 2015. Or, as Cardinal Luis Antonio Tagle from the Philippines put it: “The drama continues.” 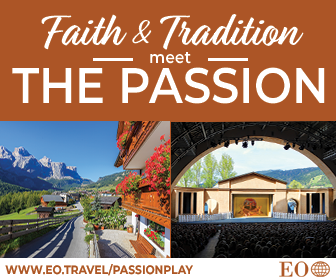