Lutheran Young Adult Corps launch is years in the making

On Oct. 10, 2016, the application period for Lutheran Young Adult Corps will open for the first time. Young adults aged 18-26 from across the country may apply to serve in under-resourced communities for 10 weeks in the summer or 10 months during the school year.

It’s an exciting new opportunity for many young people and for the communities they will serve. It is easy in the wave of excitement over the impending launch of the program to forget that Lutheran Young Adult Corps did not come about overnight.

Back in January 2012, President Matthew Harrison revealed his concept and support for LCMS Youth Ministry to provide opportunities for LCMS young people to learn more about mercy work and provide additional resources for congregations and organizations to serve their communities.

The program was, in part, a response to young people who expressed a desire to serve long term in the United States. Since there was no LCMS program that fit their needs, many were pursing secular programs, like Americorps or Peace Corps.

In July 2012, a position was created and filled by Rev. Steve Cholak, and a portion of the job description was to plan and implement such a program.

Rev. Cholak brought together leaders in the LCMS Office of National Mission as well as in St. Louis and Philadelphia to help in the initial planning. Cholak researched similar programs, what the needs of congregations and participants were, and began implementation plans.

Initially called Lutheran Youth Corps, it was determined the extended program would be ready to start in late summer of 2015. Initial information received a very favorable response.

In July of 2014, Rev. Steve Cholak took a Call back into the parish, leaving the position vacant. Still, in August 2014 a “pilot” program took place in Philadelphia at Shepherd of the City Lutheran Church under the leadership of Rev. Mark Kiessling with teaching assistance from Rev. Steve Schave and Rev. Carlos Hernandez.

The week-long program engaged 13 young people in acts of service while learning more about urban and inner-city mission and our theology of mercy. While it was clear much work had been done, the launch of a long-term program was postponed until the leadership position was filled.

In August of 2015, I was hired as Program Manager, and I began the process of evaluation, redesign and re-launching the program. Now called Lutheran Young Adult Corps, a new date of June 2017 has been set for the launch of the long-term program.

In the meantime, the program has expanded into additional cities and now offers two terms of service rather than one. Additional partnerships were formed with service sites along with Concordia Nebraska and Concordia Wisconsin/Ann Arbor.

There are times we wish ministry could move so much faster. The Gospel message of Jesus’ death and resurrection compels us to reach out, and we struggle when it takes months, even years, to start and expand Gospel-sharing ministries.

It will provide life-changing faith growth opportunities for young people that will set them up as leaders in the church now and into the future. It will provide new energy and resources to churches, campus ministries, and Recognized Service Organizations, and the program offers a new chance for engagement and mercy work in neighborhoods of need.

Please continue to keep Lutheran Young Adult Corps in your prayers and encourage LCMS young people you know to consider serving with us.

For more information about Lutheran Young Adult Corps, including how to apply on Oct. 10, visit lcms.org/yacorps. 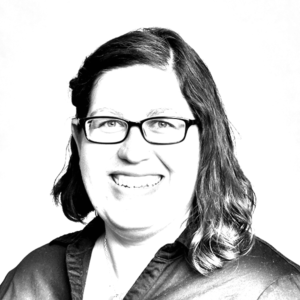 Julianna Shults is program manager of the Lutheran Young Adult Corps, which provides long-term service opportunities for young adults in The Lutheran Church—Missouri Synod. Shults graduated from Concordia University, Nebraska, Seward, Neb., in 2005 with a B.A. in Psychology and a director of Christian education (DCE) certification. As a DCE, she has served Hope Lutheran Church in Plant City, Fla., and St. Paul Lutheran Church in Chicago, Ill.

Humility Online: Is It Even #Possible?