The State and the Current State of Lutheranism: Serving the Poor Part 2

The 2001 White House Office of Faith-Based and Community Initiatives brought mixed blessings to Christian charitable organizations and other NGOs. Its primary benefit was that it brought enormous financial capacity through funding social work projects that serve people with disabilities, the poor, and natural disaster victims.[9] However, for almost two decades there has been an increased reliance on government funding NGOs. Many large faith-based organizations now get well over 50 percent of their annual income from the government funding sources and depend substantially on government budgets, election results, and political parties for funding their social work projects.

Federal, state and local requirements often impose funding restrictions on faith-based organizations to qualify for support. Organizations that receive government funds are required to follow strict and ever-changing government regulations; sometimes these regulations and laws affect Christian moral and ethical issues that conflict with the organization’s core religious beliefs.[10] Additionally, some Christian organizations that try to incorporate the Gospel message or Lutheran chaplains into their mercy work have to be very careful not to co-mingle government funds and projects with any form of mercy work that involves evangelization, Gospel proclamation or overtly Christian spiritual care.[11] One example widely covered in the news has been the changes in Section 3 of the Defense of Marriage Act (DOMA). Section 3 was declared unconstitutional by the Supreme Court in United States v. Windsor (2013). Homosexual marriage and the LGBT agenda have had complex impacts on the funding of NGOs in many fields of social work, and changes vary from state to state.

In addition to increased reliance on federal funding, legal pressures are increasing for SSOs, NGOs and Christian charities to conform to new laws regarding LGBT issues in order to maintain eligibility for government funds and case management grants. For example, some states are beginning to require that all SSOs receiving government funds for adoptive services must place children into qualifying unwed or homosexual homes, even if doing so goes against the organization’s religious views. Tragically, courts are often attributing a higher value to sexual liberty than to religious freedom, particularly if the case involves government funding. The Alliance Defending Freedom, a legal agency founded by American evangelicals, has expressed concern that religious expression about sexual issues is now becoming an issue for Christian congregations, high schools and universities that receive government funding, grants, subsidized student loans and tax exemption status.[12] Hence, LCMS RSOs facilitating adoption and foster care are faced with challenges from government sources as they strive to live out their Lutheran identity and faith. In the past, these organizations were allowed by the State to refer clients to other organizations that would willingly facilitate adoption services for homosexual or transgender couples. However, this is now being challenged especially with the passage of new federal and state marriage laws which are being supported by the Supreme Court. Some organizations no longer choose to hold RSO status with the LCMS. However, to preserve their theological convictions, some RSOs involved in adoption services have strengthened and revised their bylaws and policies in order to continue, when necessary, to refer clients to other agencies.[13]

When a natural catastrophe is given a presidential disaster declaration, the Federal Emergency Management Agency (FEMA) releases large amounts of funds to qualifying social service organizations for case management. Many who are poor, desperate, or needy, and seek assistance from faith-based organizations need economic aid but also need spiritual care in the midst of their crisis. Case managers do a great job at helping disaster victims navigate the complexities of the various government and non-governmental programs. And federally funded faith-based programs and case managers can refer their clients to a Christian church, but only if the client requests religious care. However, all services that have government funding for case management must provide equal treatment for all clients. Thus, in this situation, faith-based organizations including Lutheran RSOs are forbidden to give Christians or Lutherans any form of religious preference. Additionally, case managers working for faith-based organizations are not allowed to give explicit Christian spiritual care, nor are they allowed to evangelize in any form if it is a part of federally funded case management. Hence, if Christian NGOs and social service organizations are doing federally funded case management for disaster victims, they are working in the kingdom of the left.

This is part two of three from an article published in “Issues in Christian Education.”

[9] Every year billions of federal dollars enable Lutheran Social Services organizations and various charities to do many helpful works for the community including senior care, after-school programs, child counseling services, helping people with disabilities, and case management for those who have gone through disasters recognized by FEMA.

[10] One of the laws that has drastically changed over the last five years alone has been the repeal of DOMA. Homosexual marriage and the LGBT agenda have had enormous impacts on the funding of NGOs in many fields of social work.

[11] It should be noted that some RSOs and Lutheran SSOs have Lutheran chaplains and/or deaconesses that are paid staff or volunteers. Some RSOs like Lutheran Church Charities (LCC) have multiple called church workers and they are very clear about their LCMS identity and directly work with LCMS congregations during times of natural disasters. However, LCC does not receive government funding for case management. This gives them more liberty to proclaim the Gospel message because they are directly supported by LCMS congregations and individuals.

[13] An excellent history of the origins of social ministry in the early LCMS is found in F. Dean Lueking’s book, A Century of Caring 1868-1968, (Board of Social Ministry, Lutheran Church—Missouri Synod, 1968). 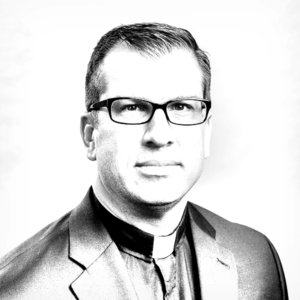 The State and the Current State of Lutheranism: Serving the Poor - Part 1

The State and the Current State of Lutheranism: Serving the Poor - Part 3