US church planting: A new initiative for the LCMS 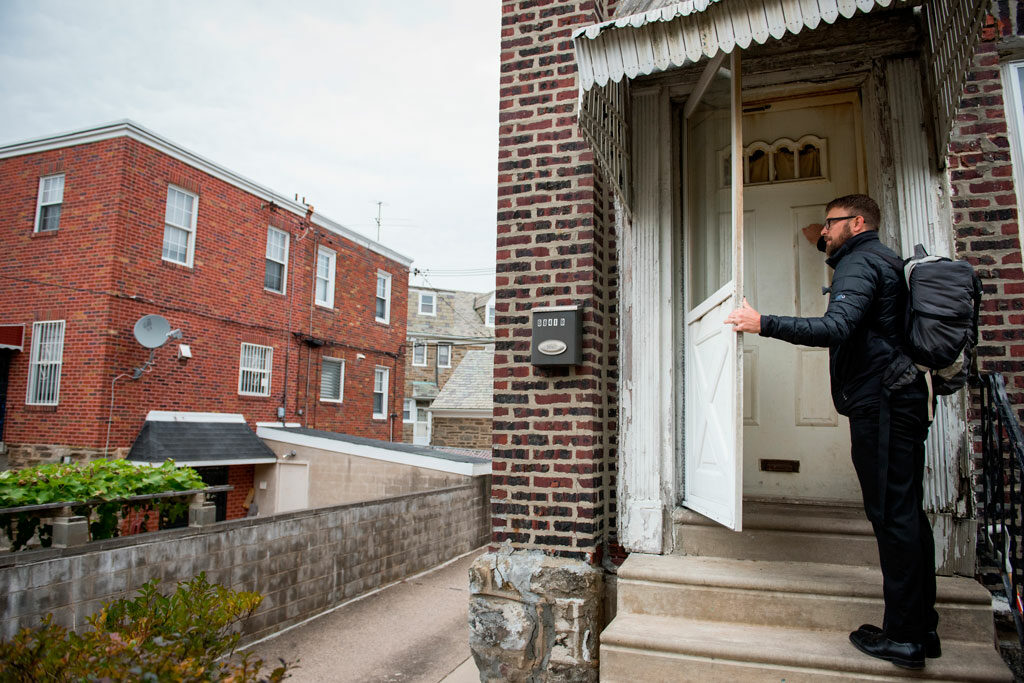 The following article first appeared in the January–February 2015 issue of Lutherans Engage the World. Read about the current progress in the “Update” section.

A new chapter on church planting is about to begin in the recent history book of The Lutheran Church—Missouri Synod.

Faced with population shifts and a request for the Synod to play a larger role in helping districts, circuits and congregations start new churches, discussions are just beginning about how to craft a new church-planting initiative aimed at encouraging, facilitating, funding and sharing best practices, said the Rev. Bart Day, interim chief missions officer and executive director of the LCMS Office of National Mission.

The 2013 Synod convention approved a resolution to “encourage church multiplication as means of making new disciples.”

“Right now, it’s just not in the spotlight, on the radar,” he said. “It’s not getting the attention it needs from the broader whole of Synod and all 35 districts being engaged in daughtering and planting congregations.”

The LCMS Office of National Mission has written policies specific to church planting that call for the Synod to work with districts and congregations to develop witness and mercy opportunities that will lead to the establishment of Word and Sacrament ministry and support the development of strong missional leaders.

When the discussion turns to church planting, you have to begin with demographics, population shifts and global Christianity changes, said the Rev. Steven Schave, director of LCMS Urban & Inner-City Mission, who is directing the yet-unnamed ONM church-planting efforts.

“Only China and India have more people outside the Christian faith than we do.”

“This is the next chapter in the Missouri Synod book of missions.” — The Rev. Steven Schave, director of LCMS Urban & Inner-City Mission, who is coordinating the Synod’s church-planting efforts

In short, the mission field is here. But by and large, LCMS congregations are not concentrated in fast-growing areas — cities — or where minority groups are the highest.

But it is U.S. urban areas, Schave said, that are prime spots for mission work and new churches.

“This is the next chapter in the Missouri Synod book of missions,” he said.

During November’s LCMS National Mission Summit in California, the Rev. Larry Vogel, associate executive director of the LCMS Commission on Theology and Church Relations, gave a presentation on demographics, citing information from Pew and the LCMS Office of Rosters and Statistics.

He said the LCMS is 95 percent non-Latino white compared to less than 64 percent for the entire country. Only one other faith tradition had a higher percentage of whites: the Evangelical Lutheran Church in America.

Additionally, Vogel said the level of aging in LCMS congregations is well above average and the Synod is struggling to retain and evangelize young people.

After presenting the rather grim statistics, Vogel left the group on a positive note.

“We live by the Gospel, not numbers,” he said. “We will all die without it, so I simply remind you that we walk by faith not by sight or statistics. That doesn’t mean we can ignore the numbers, but I pray that it will allow us to keep them in their place.” 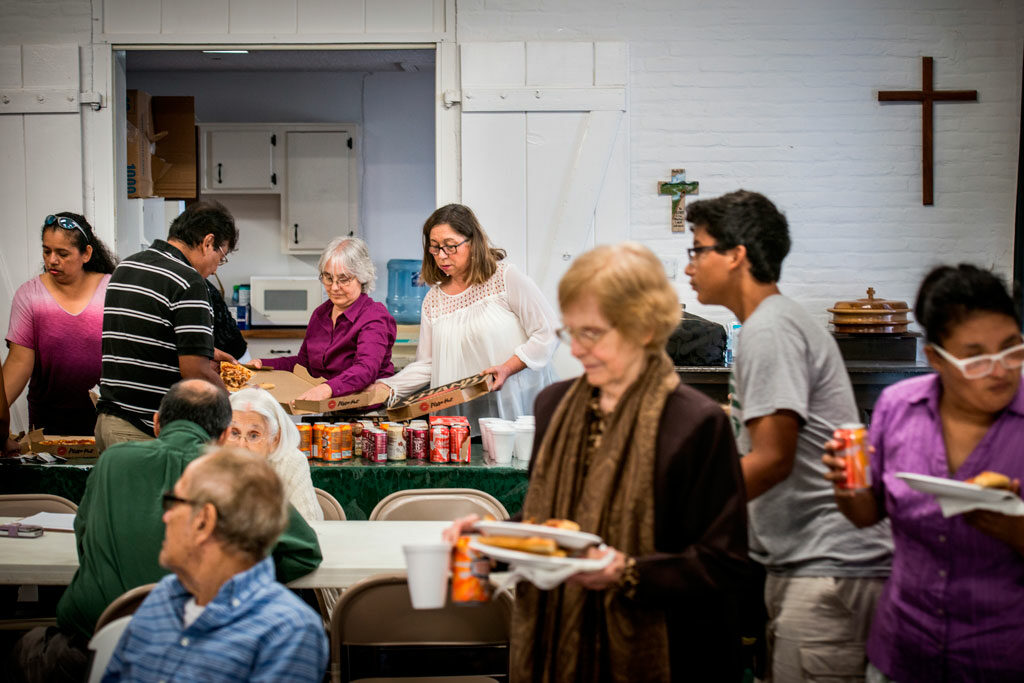 Church planting is very much a part of LCMS history.

In the late 1800’s, the Synod averaged a new church a day. In comparison, between 2006 and 2014, the LCMS had 559 new church starts and new congregations — an average of 70 per year, according to LCMS Rosters & Statistics.

“Planting a church is a natural occurrence in the life of the church and it is quite biblical and Trinitarian by nature,” Schave recently wrote for the LCMS Leader Blog in an article called “Planting a Reformation.” “And in these dark and latter days, when one thinks upon Christ’s imperative to preach repentance and forgiveness to the ends of the earth, and we consider how some of our largest major cities have only a handful of LCMS churches, there is certainly opportunity to love our neighbors and preach the Good News across the spectrum.”

Day said by taking a leadership role, the LCMS can bring together districts, circuits, congregations and other partners and help create a more coordinated approach and a framework in which to plant churches.

“We’re just recognizing our lack of leadership in church planting has not been helpful,” he said. “How do we strategize and help equip districts to do missions in new territories or where maybe they’ve wanted to but they haven’t had the resources or the skills?

“Can we come alongside them and help them do it?”

In addition to the Synod’s urban ministry, its Black, Hispanic, Rural & Small Town and Campus ministries also will be a key part of the church-planting initiative.

LCMS Hispanic Ministry works with districts and congregations to reach out to Hispanics in their communities, which has included the creation of congregations, special Spanish-language services and mercy work.

The Rev. Dr. Carlos Hernandez, director of LCMS Church and Community Engagement — which include the strategic development of Hispanic Ministry — said the 52 million Latinos in the United States, the largest ethnic population, are an “enormously untapped mission field.”

“This is what we have been called to do — to make disciples of all nations — and to be Christ’s witnesses to the ‘ends of the earth,’” he said. “What a Gospel-proclamation opportunity.”

The Rev. Todd Kollbaum, director of LCMS Rural & Small Town Mission, said although much of his work has focused on church revitalization, he is helping rural congregations determine potential areas or communities in which to plant churches.

About half of the Synod’s membership comes from rural areas or small towns.

“Church planting and revitalization really work hand in hand,” Kollbaum said. “We cannot forsake one for the other.”

While the new ONM church-planting initiative is in its infancy, it will flow from the Synod’s Witness, Mercy, Life Together emphasis.

Melanie Ave was a staff writer and social media coordinator for LCMS Communications at the time this article first appeared. 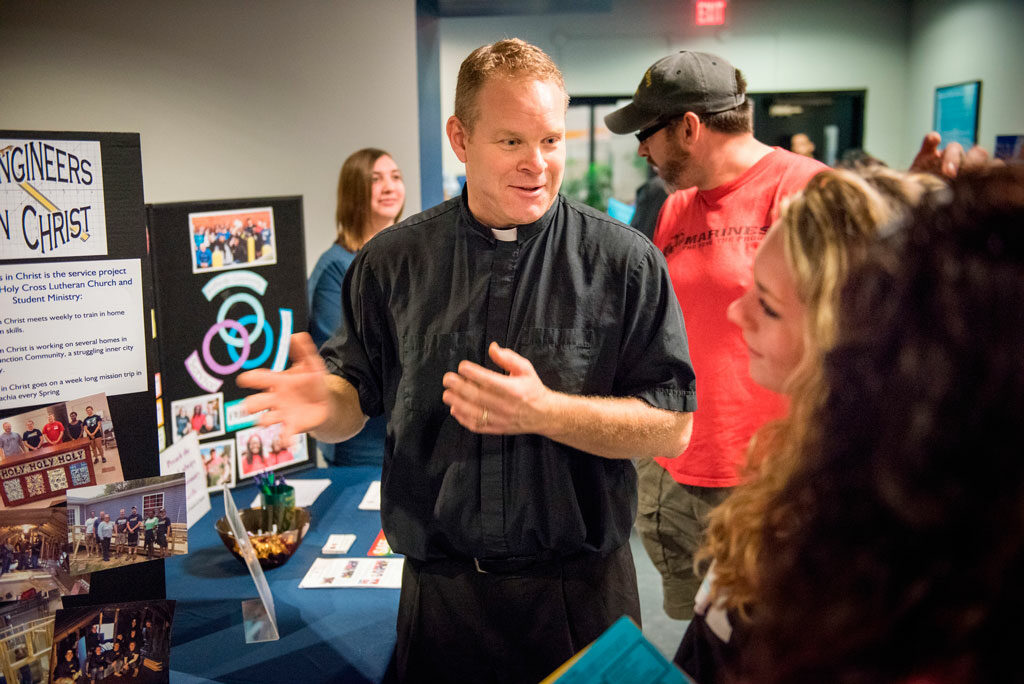 Since this article was originally published in January 2015, the LCMS Office of National Mission (ONM) launched its church-planting initiative — called “Mission Field: USA” — and sent its first national missionaries to bring the Gospel to underserved places.

In consultation with the Synod’s districts, several pilot projects were chosen to receive the ONM’s first national missionaries:

Through Mission Field: USA, Schave is assisting church plants around the country by providing technical assistance and funding (★). A church-planting manual is being developed that will provide a theological foundation as well as a step-by-step guide for planting churches. Schave also is working with the Synod’s seminaries to establish mission formation tracks and with Lutheran Church Extension Fund to revamp a revolving loan program for church plants.

“It will take mother congregations, districts and other Synod entities and seminaries all working together,” Schave said. “It’s not about preserving our institution; it’s about being faithful to our calling to reach the lost. We believe that God desires that we continue to reach the lost in new locations and with new people groups all around the country, as we are led by His Spirit.”