Sarah Harms, GEO Missionary, connects with a student during a 2017 English Bible Camp in Krakow, Poland.

This post is guest authored by Sarah Harms, GEO missionary in the Czech Republic, who participated in her first English Bible Camp in 2017.

The pale morning sun is steadily on its ascent. The crisp, cool breeze of an early summer day’s start hangs in the air as the volunteers bustle about in preparation for the busy week ahead. Soon the campers will arrive, some by foot or on a bicycle, others in a car getting dropped off by parents headed to work. For some families, the church is their home, a weekly part of their routine and English Bible Camp is a summer tradition that their children look forward to. Yet, for others, it is their first time attending camp in Poland, having been signed up for it by their parents who saw it advertised, or were invited by a friend or neighbor. English camp is a chance for them to improve their language, and it is of little consequence to them that there is any religious affiliation. The newcomers are anxious as they arrive to the unfamiliar place, a building they have seen many times but never stepped inside.

The translators know how important it is for all ..to understand the… words about love, forgiveness, and a God who sacrificed His Son.

Not quite sure what to expect, the newcomers follow the train of students and parents filing in through the double doors. Some children are quite young, clinging tight to a mother’s or father’s hand. Others, however, walk confidently over the threshold and embrace friends from years past, already comfortable and established in their surroundings. Immediately upon entering, the new students encounter their first obstacle: tables are set up inside for signing in, and there is a host of Americans who do not speak a word of Polish. It really is going to be English camp, just as advertised.

Many of the older campers are ready and willing to put the English they have learned in school to use and skate through the check-in process seamlessly. However, for a few of the younger children, it takes some coaxing and extra attention from their parents before they are able to claim their name tag and get assigned to a group for the week. Everything seems to rush by in a whirlwind of unfamiliar words and new faces as all of the children are ushered into a big room for the opening service; camp has finally begun.

In short order the American and Polish leaders introduce themselves.  They appear friendly and there are big smiles everywhere that put the many shy children at ease, even if many of their words are foreign.  To start the day, a couple of Christian songs are enthusiastically taught to the room by the Americans.  Soon enough, campers are laughing as they try out the feel of these new English words and learn their meanings from dedicated student translators who have volunteered their time to help bring context and clarity to everyone in attendance.  The translators know just how important it is for all to hear and understand the words that are being spoken this week.  Words about love, forgiveness, and a God who sacrificed His Son not so that individuals might learn English, but so that they will have eternal life.

Music leads to break out sessions and it is not long before names are being learned and a sense of camaraderie is building through games and activities. By the time everyone sits down to learn something from the Bibles the leaders have brought along for distribution, a couple of children have gained enough confidence to raise their hand and answer a question or two posed to the group. For others still, the Book is new and its contents are much like the church building: seen, but not experienced; passed by, but never entered. They do not know the answers to the questions being asked, and they are certainly not about to test their English with these strangers from overseas. They feel it is best to avoid eye contact at all cost with the teacher and wait for lunch. The last thing they want is to look foolish in front of all of the other children, either for lack of language or lack of knowledge about this Bible.

The Americans were nice and the food tasted good, but…she heard about someone named Jesus, and…tomorrow she is planning to raise her hand and ask who He is.

It is not long before the enticing aroma from the meal downstairs is wafting inside the classroom, signaling the end of Bible hour. Stomachs are growling and eager eyes search the cafeteria for a chair. Tray in hand, major obstacle number two presents itself: where to sit. Plenty of the kids race to join their friends at the table, their seats claimed and reserved by inside jokes and remember-when stories that outweigh the handshakes and “nice to meet you’s” of the morning. The smell of lunch quickly turns into the stale flavor of exclusion for one student who cannot seem to find a place where he belongs. That is, until a tap on the shoulder brings his attention to one of the Americans from the opening service. He is young, and while his expression is open and warm the words that come out his mouth are complete gibberish. A hand gesture invites the boy to sit with him and a few other campers over by the window. Unsure of himself and nervous about his language skills, he follows the camp leader over to a place at their table.

Much to everyone’s surprise, the language barrier is quickly overshadowed by the universal language of hand motions, laughter, vocabulary practice, and of course, food. What is more, it turns out that none of the campers at this table were previously acquainted and it is a fresh start for everyone. Some of them have passed each other in the halls at school but have never spoken, and one girl lives in the same village as the boy sitting at the end of the table. No one has said it, but they are each equally relieved to not be the odd one out and are reassured they will know right where to sit for the coming days.

Games and crafts come in quick succession and by the time the campers pile back into the big room for the close of the day, there is a pleasant buzz of conversation, Polish and English alike. Kids are sweaty, comfortably tired, and the leaders all seem pleased that the day’s activities have come together smoothly– with only minimal hiccups along the way.

It is hard to believe that by the time parents start to arrive for pick up that the atmosphere of uncertainty from the morning has transformed in a few short hours into high-fives, “see you tomorrows” and children brimming with enthusiasm to share with their families about all that they experienced and learned. The knots of anxiety have loosened and turned into excitement, confusion into growing curiosity about what the coming week will hold, and a comfort in knowing that upon arrival the next day they will recognize the faces and the names of who will greet them and, most importantly, where they belong. The church is no longer a strange building but a place full of friends where they are welcome and have a place at the table.

As one girl drives away and the church shrinks into the background of the rear-view-mirror, her mother asks what she learned and who she met. She learned some new English words, and of course she saw some school friends and met some new ones. The Americans were nice and the food tasted good, but there was something else that she had not expected. She heard about someone named Jesus, and although she listened to the Bible story in silence today, tomorrow she is planning to raise her hand and ask who He is. After all, tomorrow is another day of English Bible Camp.

If you’d like to serve on an English Bible Camp team, please visit servenow.lcms.org to learn more about this opportunity and to apply.

About the Author: Sarah Harms serves the Lord through The Lutheran Church—Missouri Synod (LCMS) as a GEO (globally engaged in outreach) missionary in the Czech Republic. Sarah teaches conversational English in various traditional and non-traditional learning environments on a weekly basis. She leads Bible studies on topics of interest for non-believers and believers alike. During the summer months, Sarah also helps coordinate and facilitate LCMS short-term mission teams and events focusing on teaching the English language using Bible-based materials.  Sarah’s hometown is St. Peters, Mo., where she is a member of Chapel of the Cross Lutheran Church. She earned a bachelor’s degree in lay ministry and theology, with an emphasis/specialization in missions and evangelism, from Concordia University Wisconsin, Mequon. In her free time, Sarah enjoys hiking, writing, reading, traveling,music, spending time with family and friends and learning about history and other cultures. 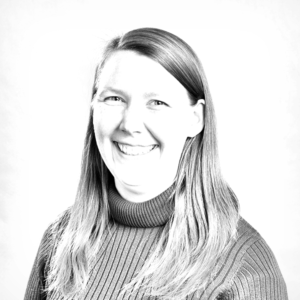 Anne Gonzalez serves in the Office of International Mission as Manager of Short-Term Training and Engagement. She received her Director of Christian Education certification from Concordia University, St. Paul, St. Paul, Minn. in 2005, following an extended internship in Taiwan. She served in her first call to Shepherd of the Hills Lutheran Church, Onalaska, Wis. from 2005–2016, where she led youth ministry, young adult ministry and Christian education. Anne and her husband Chris met in Greek class at Concordia, St. Paul. They have been married since 2005 and are blessed with two children.

Whether in Hong Kong or Taiwan, the Synod’s Asia mission doesn’t change