The Lutheran Women’s Missionary League is gearing up to celebrate its 75th anniversary during its 37th Biennial Convention, June 22-25, 2017, in Albuquerque, N.M.

Registration opened Feb. 1 for the special convention to be held in a city known for its lofty elevation, breathtaking mountain views and color-splashed hot-air balloons. 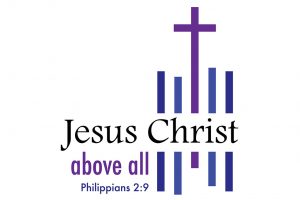 Under the theme “Jesus Christ Above All,” from Phil. 2:9, convention attendees will be “encouraged through worship and Bible study, equipped to share His message of salvation and engaged in celebrating God’s faithfulness while serving the Lord with gladness.”

Worship “proclaimers” will be LCMS President Rev. Dr. Matthew C. Harrison, for the opening service, and the Rev. Allen Anderson, president of the LCMS Rocky Mountain District, for the closing service.

Delivering the keynote will be Ida Mall, who served as LWML president from 1991 to 1995 and continues to seek opportunities to share her faith with others. “If it doesn’t have anything to do with your salvation or someone else’s salvation, don’t worry about it,” Mall is fond of saying.

Song leader will be musician and songwriter Wendysue Fluegge of Milwaukee, and providing humor throughout the convention will be Jan Struck, portraying Martin Luther’s wife, Katie.

Speaking about how LWML “mites,” or mission offerings, have benefitted their ministries will be Steve Cohen, founder of The Apple of His Eye Mission Society, and his wife, Nancy; Vicar Tim Norton of Lutheran Indian Ministries; Sanya Parson, director of Rebecca’s Garden of Hope; Katia Sahyouni of Lutheran Hour Ministries’ Middle East Lutheran Ministry; and the Rev. Kevin D. Robson, LCMS chief mission officer, on behalf of the Synod’s mission efforts worldwide.

Among business items, convention delegates will adopt a new mission goal for the 2017-19 biennium and mission-project grants to support with those funds. At the last LWML convention in 2015 (read a related story here), the 576 delegates adopted a record-breaking mission goal of $2 million for 19 mission grants.

A special “Diamond Dazzle” event at the 2017 convention to celebrate the auxiliary’s 75th anniversary — billed as a “grand party” and “an experience you will never forget” — will feature a parade led by LWML President Patti Ross and past presidents, music, entertainment and “surprises.” Attendees are encouraged to wear purple, the LWML’s signature color, as well as a costume “from your favorite decade” and plenty of “bling.”

Among a myriad of booths in the convention’s exhibit area will be a “Fiesta Market” offering LWML resources and products as well as a display on the history of the auxiliary.

As at past conventions, next year’s also will include a golf outing, a pledge walk, servant events, a blood drive and a collection of “Gifts from the Heart” — school, baby and health-care items to be distributed to Lutheran Family Services, Lutheran World Relief, Ysleta Lutheran Mission, Care Net Pregnancy Centers of Albuquerque and the Albuquerque Christian Children’s Home.

New for 2017, convention-goers were allowed to reserve a hotel room before they register — as early as Jan. 2.

Registration materials and more information will be available in the December issue of Lutheran Woman’s Quarterly.

To register online, visit lwml.org/convention. Available on the website are lyrics to the convention-invitation song, a convention sketch, LWML district banner guidelines, convention fliers in color and black-and-white, an order form for the convention shirt and information about pre- and post-convention tours of Albuquerque and surrounding areas.

The Lutheran Women’s Missionary League is the LCMS auxiliary for women, with “active women in mission throughout all LCMS districts as well as in mission work outside the U.S.,” notes Ross.

The LWML president encourages all LCMS women to attend the 2017 convention — “an amazing time to celebrate 75 years of women in mission work” and an opportunity “to look ahead to how we will continue proclaiming Jesus Christ above all in the coming decades.”