“Fan Into Flame” — the Synodwide campaign to raise $100 million by 2010 to support the worldwide evangelism effort known as Ablaze! — is officially off and running.

Rolled out early this year as a pilot in 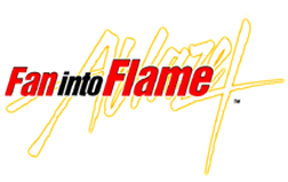 the Texas and South Wisconsin districts — amid an ongoing “major gifts” phase meant to engage the Synod’s major donors of $50,000 or more — the campaign has brought in a total $10,265,944 in gifts and pledges to date.

It is, according to Campaign Coordinator Tom Ries, the largest direct-gift campaign ever conducted in The Lutheran Church–Missouri Synod.

It also is “unique,” says Ries, president of the LCMS Foundation, which is overseeing the campaign’s fundraising activities.

What makes it different from other LCMS campaigns?

Ries describes “Fan Into Flame” as “an opportunity to strengthen outreach projects in every corner of the Synod.”  It’s designed, he said, to encourage congregations, districts, and mission partners worldwide “to think through, ‘If we had some extra dollars, what would we do with those?’ ”

And, lest anyone discount “Fan Into Flame” as “just another fundraising campaign,” Ries says he’s amazed at how the Synod’s major donors and congregation members are responding so far.

“They’re excited about the fact that it represents outreach from our Synod, and it is funding outreach-related projects,” Ries said.  “That’s a very exciting thing.”

Among major donors, several have made large contributions to “Fan Into Flame,” including a pledged gift of property worth approximately $2 million and a cash gift of $500,000.

Congregations that have conducted the campaigns also are seeing big results, he said.

“God worked through the St. John members and opened their hearts to give generously,” St. John Pastor Dale Bohm told Reporter.  The 135-family congregation “saw the opportunity to spread the Gospel not only locally, but also in the Texas District, The Lutheran Church–Missouri Synod, and to the ends of the earth,” said Bohm.

The St. John congregation used its “Fan Into Flame” distribution to purchase additional materials and expand its vacation Bible school program to the community.  As a result, 61 non-members joined 25 member children “for a great VBS,” he said.

The congregation also is training its members in personal evangelism, and each member — adults and children alike — has been challenged to share his or her faith with at least four others.

In Sullivan, Wis., St. John Lutheran Church doubled its “Fan Into Flame” goal three weeks before it completed its 12-week campaign and also saw an increase in regular giving.

The congregation recruited a committee of six people with “a heart for missions and the gift of giving,” according to St. John Pastor Dean Zemple.  “These individuals served as our leaders who set the tone within our congregation with their enthusiasm for ‘Fan Into Flame.’ “

Zemple said the congregation used the campaign material “to inform our members over and over again about our Synod’s mission work.”  The message was repeated in worship services, newsletters, special mailings, and small-group gatherings, he said, “to help our members grasp the importance of ‘Fan Into Flame.’”

Each member family received a pledge card and was encouraged to:

“As our members’ hearts were moved by God’s Word, they saw the need for our church to reach lost people for Christ,” Zemple said.

“By God’s grace, we were amazed to see our people respond.  Not only did we double our original goal set for ‘Fan Into Flame,’ but we also saw our regular weekly giving increase.  By the end of the campaign … our weekly offerings were ahead of our weekly needs for our ministry plan.”

Rev. Ken Hennings, Texas District president and a spokesman for the “Fan Into Flame” effort there, says the district also has the potential for exceeding its $4.5 million goal.  More than $2 million has been received from congregations so far, as well as another $1.5 million in major gifts, and a fourth of the district’s congregations won’t even begin their campaigns until next year.

The district’s first campaign distribution of $5,470.