Four theological leaders in The Lutheran Church–Missouri Synod, including the presidents of the Synod’s two seminaries, say they find nothing in the theology of the Ablaze! initiative to be inconsistent with Scripture and the Lutheran Confessions. 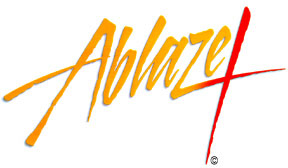 cites a statement issued by the four theologians in the June issue of President’s Leadership News, an insert carried by Reporter, the Synod’s official newspaper.

“We are committed to and engaged in mission and outreach and are eager to be a resource for the entire church in sharing the Gospel.  Following a review of the Ablaze! initiative, we do not find anything in it to be inconsistent with the Scriptures and the Lutheran Confessions,” the four theologians say in their joint statement.  “To be sure, while some might raise legitimate questions about certain points not included in this initiative, as well as about certain exegetical details, we feel that the materials prepared by the Board for Missions sufficiently answer these concerns.”

Ablaze! is a movement among the Synod and its partner churches to reach at least 100 million people worldwide with the Good News of Jesus by 2017.

“I am very happy to see this statement get wider distribution than it has to this point, because there still are some opponents of Ablaze! making unfounded claims that there are theological concerns regarding this movement,” said Dr. Robert Roegner, executive director of LCMS World Mission.  Kieschnick originally distributed the statement to the Synod’s 35 district presidents in November.

The materials from LCMS World Mission cited in the statement include a document titled, “The Ablaze! Initiative in the LCMS Theologically Considered,” which deals with Ablaze! from the perspective of LCMS doctrine and practice.  It can be found online at www.lcms.org?8953.  Available from the same page is the fall 2005 “Issues in Christian Education” from Concordia University, Seward, Neb., with the theme “Ablaze!: Origins, Theology, Structure, Impact.”

“At a meeting about Ablaze! last fall with the leaders of some of our districts, someone asked whether or not our seminary leaders have expressed opinions regarding the theological foundations of the Ablaze! movement,” Kieschnick writes in an “FAQ,” or “frequently asked question,” in his Reporter insert. “It seemed prudent to ask this question not only of our seminary presidents, but also to ask leaders of the Synod’s Board for Pastoral Education and Commission on Theology and Church Relations.”

Kieschnick said that after the four reviewed the theology of Ablaze!, they forwarded to him their joint statement.