A two-hour primetime television special, “In God’s Name,” featured interviews with a dozen religious leaders in “intimate settings,” such as their homes 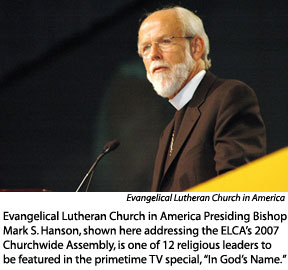 and places of worship.  The program aired Dec. 23 on CBS.

Produced by French filmmakers Jules and Gedeon Naudet, the special explored “complex questions of our time through the intimate thoughts and beliefs of 12 of the world’s most influential spiritual leaders,” according to a news release.  The spiritual leaders spoke out about violence and hatred and revealed their own thoughts about faith, peace, unity, tolerance, and hope.

Those featured in the program are: