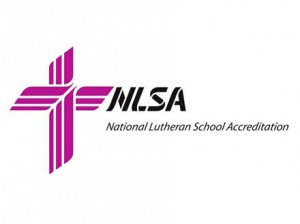 The commission, with representatives from LCMS districts, granted accreditation after the schools were evaluated on rigorous national education standards and their Christ-centered nature, according to Terry L. Schmidt, director of LCMS School Ministry.

This year, 36 commissioners attended the meeting when a number of schools received accreditation for the first time. However, most of the accreditations were renewals for schools that had previously earned the distinction.

Currently, 703 Lutheran schools — at the early-childhood, elementary and secondary (middle and high-school) levels — hold NLSA accreditation, which is granted every five years to schools that meet the national and church standards.

Also at this year’s meeting, commissioners received training in the Evidence Based Accreditation protocol for elementary schools and AdvanceED — NLSA protocol for middle schools and high schools. Those new protocols were adopted at the 2013 NLSA commission meeting to replace Standards Based protocols.

Schmidt explained that Evidence Based Accreditation “more objectively allows the schools to assess their actual condition based on national standards, rather than the more subjective Standards Based protocol approach of what they hope or dream to become.”

He continued that Standards Based and a similar Ongoing Improvement protocols for evaluation “will be phased out immediately and replaced with the Evidence Based process for schools applying for NLSA accreditation.” However, he added that schools already involved in the Standards Based and Ongoing Improvement processes will be able to continue with those materials for their current evaluation cycle.

Among those receiving NLSA accreditation this year, “14 of our schools were involved in piloting our new Evidence Based Accreditation protocol,” according to Schmidt.

The commission also approved raising the annual fee for accredited schools from $350 to $450 to eliminate deficit spending for NLSA.

In other business at its 2014 meeting, Schmidt said the commission “directed the office staff to move forward with urgency to implement a proposed paperless electronic submission and storage procedure.”