Harrison, Day on Boy Scouts action: ‘It is a sad day’

In response to a July 27 announcement from the Boy Scouts of America (BSA) that it is lifting its nationwide ban on openly gay adult Scout leaders, two representatives of The Lutheran Church—Missouri Synod today released a statement acknowledging that the action “certainly and rightly raises concern for many LCMS congregations who have enjoyed longstanding relationships with the BSA.” 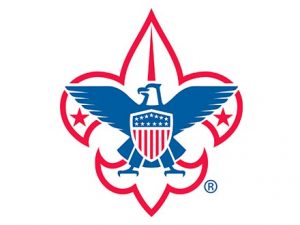 “The LCMS has appreciated the open and forthright conversations with BSA over the last two years, but while the legal pressures are certainly understandable, Lutherans as a whole cannot help but feel frustration and disappointment over the decision,” reads the July 28 statement signed by LCMS President Rev. Dr. Matthew C. Harrison and the Rev. Bart Day, executive director of the church body’s Office of National Mission. “It is a sad day when any organization, seeking self-preservation, must bend the knee to the civil authorities in a way that marginalizes and potentially excludes many who have participated in and been supportive of that organization for so many years.”

On May 23, 2013, the BSA announced a policy change admitting homosexual youth to Scout programs, effective Jan. 1, 2014, but also reaffirmed its long-standing policy of not allowing openly homosexual adults to serve as Scout leaders.

Last month, on June 2, Harrison and Day spoke with Chief Scout Executive Wayne Brock, who “explained what was coming, indicating that a proposed change in the BSA adult-leadership standard policy would be considered” by its National Executive Board in July. “While few details were shared, it was clear that the BSA felt that their existing national policy prohibiting gay adults from serving as leaders was no longer legally defensible,” according to the Synod statement.

The BSA board of some 80 members adopted the changes with 79 percent of those who took part voting in favor of them.

The action includes an exemption for religious organizations, who may “continue to use religious beliefs as criteria for selecting adult leaders,” according to the BSA.

“While the BSA believes yesterday’s decision is the best way forward and that these two principles can coexist, the LCMS is not willing to accept that conclusion,” notes the LCMS statement.

Synod leaders are planning to review in early August their current Memorandum of Understanding with the BSA to “determine the best course of action,” and have pledged to talk again with BSA leaders before making a final decision.

“Today the LCMS simply asks for prayers, patience and time as Synod leaders continue to look into the full meaning of the decision and its implications for LCMS congregations and their involvement with the BSA,” the Synod statement reads. “And as those conversations occur, may the Lord have mercy on the Church — and especially her young people — as she seeks to remain faithful to Christ, even as she continues to share the Gospel in a world increasingly unwilling to hear it.”

Visit lcms.org/freetobefaithful (“Youth Organizations”) for more resources on this topic, and download the current LCMS-BSA Memorandum of Understanding.