In the monthly “Reformation Relevance” column, Reporter offers excerpts from Martin Luther’s writings as a way to join our church body’s celebration of the 500th anniversary of the Reformation in 2017.

The words below from Luther’s 1523 treatise, “Temporal Authority: To What Extent It Should Be Obeyed,” stand as the first ethical defense of the role of temporal government against then-prevailing Roman Catholic notions that the church was the source of all earthly authority.

Readers might find this selection particularly relevant and helpful today, as it describes the respective roles of church and government. 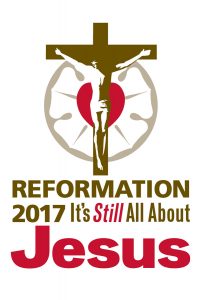 You must know that since the beginning of the world a wise prince is a mighty rare bird, and an upright prince even rarer. They are generally the biggest fools or the worst scoundrels on earth; therefore, one must constantly expect the worst from them and look for little good, especially in divine matters which concern the salvation of souls. They are God’s executioners and hangmen; his divine wrath uses them to punish the wicked and to maintain outward peace. Our God is a great lord and ruler; this is why he must also have such noble, highborn, and rich hangmen and constables. He desires that everyone shall copiously accord them riches, honor, and fear in abundance. It pleases his divine will that we call his hangmen gracious lords, fall at their feet, and be subject to them in all humility, so long as they do not ply their trade too far and try to become shepherds instead of hangmen. If a prince should happen to be wise, upright, or a Christian, that is one of the great miracles, the most precious token of divine grace upon that land. Ordinarily the course of events is in accordance with the passage from Isaiah 3[:4], “I will make boys their princes, and gaping fools shall rule over them”; and in Hosea 13[:11], “I will give you a king in my anger, and take him away in my wrath.” The world is too wicked, and does not deserve to have many wise and upright princes. Frogs must have their storks.

Again you say, “The temporal power is not forcing men to believe; it is simply seeing to it externally that no one deceives the people by false doctrine; how could heretics otherwise be restrained?” Answer: This the bishops should do; it is a function entrusted to them and not to the princes. Heresy can never be restrained by force. One will have to tackle the problem in some other way, for heresy must be opposed and dealt with otherwise than with the sword. Here God’s word must do the fighting. If it does not succeed, certainly the temporal power will not succeed either, even if it were to drench the world in blood. Heresy is a spiritual matter which you cannot hack to pieces with iron, consume with fire, or drown in water. God’s word alone avails here, as Paul says in II Corinthians 10[:4-5], “Our weapons are not carnal, but mighty in God to destroy every argument and proud obstacle that exalts itself against the knowledge of God, and to take every thought captive in the service of Christ.”

Moreover, faith and heresy are never so strong as when men oppose them by sheer force, without God’s word. For men count it certain that such force is for a wrong cause and is directed against the right, since it proceeds without God’s word and knows not how to further its cause except by naked force, as brute beasts do. Even in temporal affairs force can be used only after the wrong has been legally condemned. How much less possible it is to act with force, without justice and God’s word, in these lofty spiritual matters! See, therefore, what fine, clever nobles they are! They would drive out heresy, but set about it in such a way that they only strengthen the opposition, rousing suspicion against themselves and justifying the heretics. My friend, if you wish to drive out heresy, you must find some way to tear it first of all from the heart and completely turn men’s wills away from it. With force you will not stop it, but only strengthen it. What do you gain by strengthening heresy in the heart, while weakening only its outward expression and forcing the tongue to lie? God’s word, however, enlightens the heart, and so all heresies and errors vanish from the heart of their own accord.

Synod church planters look to ‘where we aren’t’ in America