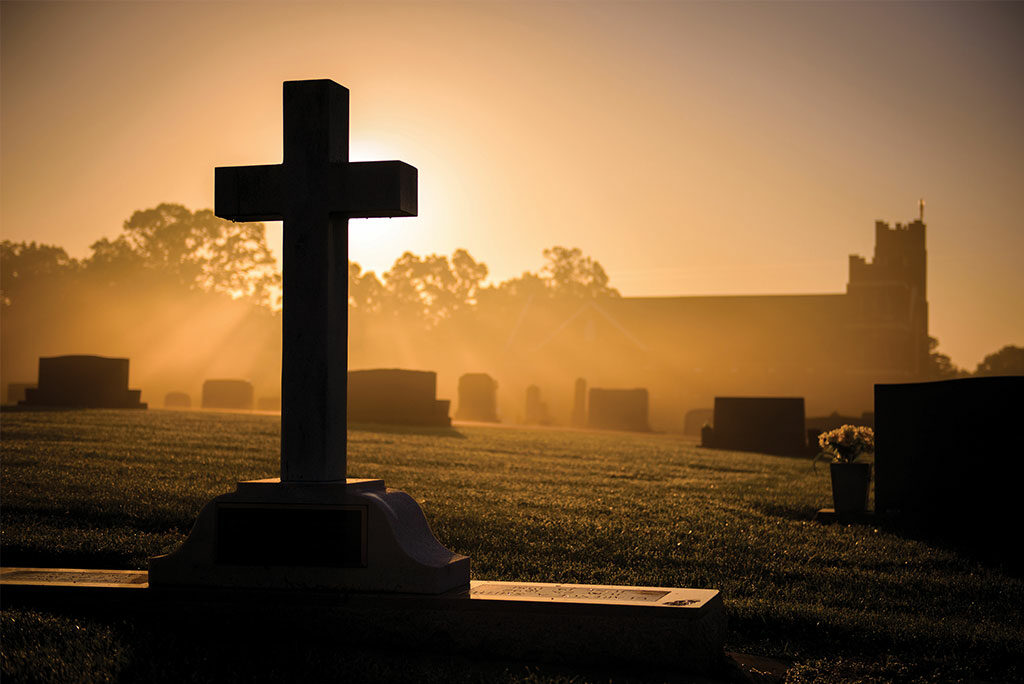 In 1519, Martin Luther’s great prince, Elector Frederick the Wise, became so ill that it was feared he might die. The court chaplain, George Spalatin, asked Luther to write something comforting for the elector. The result was Luther’s “Fourteen Consolations” of 1520, from which this month’s “Reformation Relevance” excerpt is taken. — Editor

There is nothing, not even death, that his passion cannot sweeten. …

How does this come to pass? Surely, it comes to pass when you hear that Jesus Christ, God’s Son, has by his most holy touch consecrated and hallowed all sufferings, even death itself, has blessed the curse, and has glorified shame and enriched poverty so that death is now a door to life, the curse a fount of blessing, and shame the mother of glory. How, then, can you be so hardhearted and ungrateful as not to long for and love all manner of sufferings now that these have been touched and bathed by Christ’s pure and holy flesh and blood and thus have become holy, harmless, wholesome, blessed, and full of joy for you?

For if Christ by the touch of his most innocent flesh has hallowed all waters, yes, even all creation, through baptism, how much more has he by the same touch of his most innocent flesh and blood sanctified every form of death, all suffering and loss, every curse and shame for the baptism of the Spirit, or the baptism of blood! Of this baptism of suffering he says in Luke 12 [:50], “I have a baptism to be baptized with, and how I am constrained until it is accomplished!” Here you see how he is constrained, how he pants and thirsts to sanctify sufferings and death and to make them things to be loved, for he saw how we stand in fear of sufferings, how we tremble and shrink from death. Therefore, as a godly pastor and faithful physician, he hastens to set limits to this our evil, and is impatient to die and by his touch to commend suffering and evil to us. Thus the death of a Christian is now to be regarded as the bronze serpent of Moses [Num. 21:8-9], which in all respects has the appearance of a serpent, yet is completely without life, motion, venom, and sting. Though in the eyes of the unwise the righteous seem to die, they are at peace [Wisd. of Sol. 3:2-3]. In death we are like all other men: the outward mode of our dying is not unlike that of others, except the thing itself is different, since for us death is dead. In like manner, all our sufferings are like the sufferings of others, but only in appearance. In reality, our sufferings are the beginning of our freedom as our death is the beginning of life. It is this which Christ says in John 8 [:51], “Whoever will keep my word shall never see death.” How shall he not see it? Because in his death he enters upon life, so that because of the life that he sees he is not able to see death. Here the night shines as the day [Ps. 139:12], since the dawning life is brighter than the waning death. This is assured not for the unbelievers, but for all who believe in Christ.

If you kiss, caress, and embrace as sweetest relics the robe of Christ, the vessels, the water jugs, and anything Christ touched or used or hallowed by his touch, why will you not much more rather love, embrace, and kiss the pain and evils of this world, the disgrace and shame which he not only hallowed by his touch but sprinkled and blessed with his most holy blood, yes, even embraced with a willing heart and with supreme, constraining love? The more so, since for you there are far greater merits, rewards, and blessings in these sufferings than in those relics. In them victory over death, hell, and all sins is offered to you, but in those relics nothing at all.

Oh, if we could only see the heart of Christ as he was suspended from the cross, anguishing to make death contemptible and dead for us. How fervently and cheerfully he embraced death and pain for us timid souls who are horrified by death and pain! How willingly he first drank this cup for us sick ones, so that we might not shrink from drinking it after him! In his resurrection we see that nothing evil befell him, in fact, only the greatest good. If we could see this, then undoubtedly that precious myrrh dropping from Christ’s lips and commended by his words would be sweet and appealing to us, even as the fragrance and beauty of the lilies. Thus St. Peter says in I Peter 4 [:1], “Since Christ suffered in the flesh, arm yourselves with that thought.” St. Paul says in Hebrews 12 [:3], “Consider him who endured such hostility from sinners against himself, so that you may not be weary or fainthearted.”