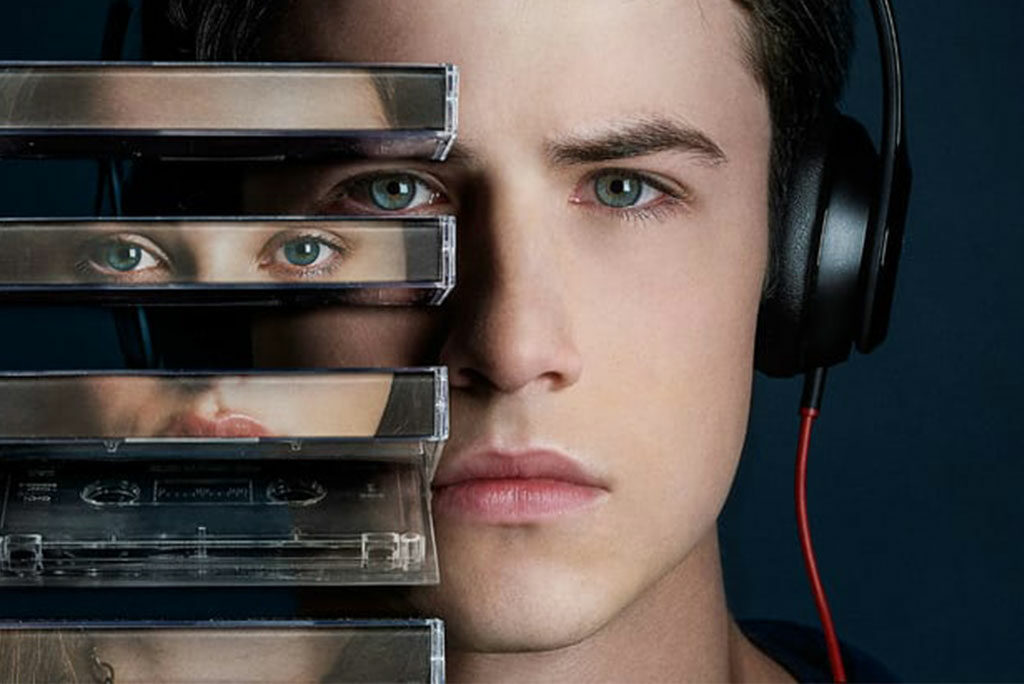 In the free LCMS study guide, “Faith, Hope and Love: A Threefold Response to 13 Reasons Why,” author Rev. Dr. Lucas Woodford cautions teens and young adults about watching the popular and controversial Netflix series that focuses on a high-school student’s suicide and the tape-recorded messages she leaves behind telling 13 people it was their fault.

The series is based on the 2007 fictional young-adult novel Thirteen Reasons Why, written by Jay Asher. 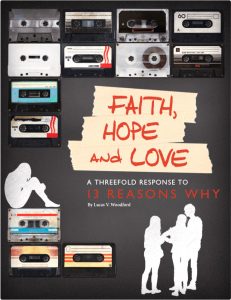 The show’s 13 episodes depict a seemingly normal and mentally healthy teenage girl, Hannah Baker, going through a series of difficult and traumatic high-school experiences including gossip and slander, betrayal by friends, cyber-bullying, public humiliation and sexual curiosity. More tragically, Hannah witnesses the rape of a friend and a classmate’s fatal car accident that she might have prevented, and suffers a rape herself.

After an inept school counselor fails to help her, she loses all hope and commits suicide by slitting her wrists.

The series is “very explicit and graphic,” Woodford writes, with “intense, extreme profanity and vulgar language.” Alcohol and drug use are “portrayed as a regular and active part of high-school life.”

Moreover, it “normalizes and portrays teenage sexual acts as well as teenage homosexual relationships” and “violence is vividly depicted,” with the death and suicide scenes “graphically portrayed.”

“13 Reasons Why” carries a “TV Mature” rating — equivalent to an “R” rating for films — for the “intense and disturbing subject matter,” Woodford notes. And all 13 episodes were released at once, “which leads to binge-watching the show,” serving to “amplify and intensify” its “disturbing emotional impact,” he writes.

Woodford laments that the story is “devoid of faith” and ends with “no closure, no sense of justice and no resolution. Even worse, there is no hopefulness or optimism, no guidance and no direction forward.

“We’re simply left with the brutal reality of a dead girl, grieving parents, countless messed-up classmates, one possibly dying at his own hand, and the massive darkness of guilt and shame.”

Sadly, viewers “are left to deal with all those disturbing emotions on [their] own.”

In the study guide, “Faith, Hope and Love: A Threefold Response to 13 Reasons Why,” Woodford exposes the series’ inaccuracies and shortcomings (for example, most high-school counselors are capable and helpful, not incompetent like the fictional Mr. Porter, and a very high percentage of those who commit suicide have some form of clinical depression, unlike symptom-free Hannah). And he offers a biblical perspective for discussing — and dealing with — the struggles of life.

The study’s five chapters examine Christians’ “baptismal identity” that enables them to live in faith, hope and love; Satan’s lies and the absence of faith; finding hope during affliction; the selfishness of suicide and what the Bible says about suicide; and love — God’s love for us as well as finding “true love.”

“ ‘13 Reasons Why’ is full of misbeliefs, despair and death,” Woodford writes. “As Christians, we wonder how to make sense of it all. Not just the show itself, but all the real-life issues that go with it.

“The answer,” he writes, “is found in your baptismal identity and the divine virtues given to you by Jesus Christ,” equipping us “to meet life’s challenges and address life’s difficult questions with faith, hope and love.”

Faith “to see through Satan’s lies and correct the misbeliefs that ail you and others,” hope “to see beyond hardship and despair to live confidently in the grace of Jesus Christ,” and love to “give you words and actions as you express that love for others,” just as God has shown His love for us through His Son’s death and resurrection.

The Rev. Bart Day, executive director of the LCMS Office of National Mission, calls the study “a timely, theological response and reflection … designed for teenagers, young adults and grown adults alike, as conversation continues around the controversial Netflix series ‘13 Reasons Why.’

“We pray this resource will be useful as parents, pastors and teachers continue to love and support our youth in the midst of sin and death.”

Download “Faith, Hope and Love: A Threefold Response to 13 Reasons Why”