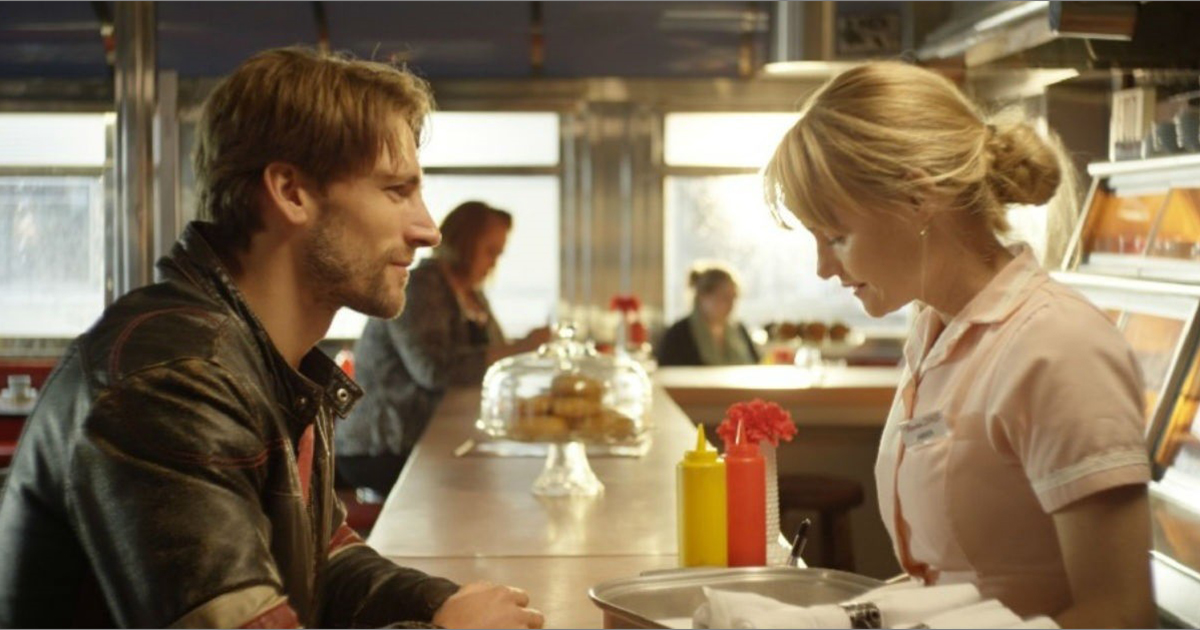 The title comes from the song “Bless the Broken Road,” written in 1994 by singer-songwriter Marcus Hummon with Jeff Hanna and Bobby Boyd from the Nitty Gritty Dirt Band and popularized by the country band Rascal Flatts in 2004.

The song, which describes finally finding love after difficulty and heartbreak, is heard at one point in the film playing on the radio and again during the closing credits, but otherwise doesn’t play much of a role in the movie and may seem tacked on for popular appeal.

Perhaps a better parallel to the film would be Jesus’s parable of the “mustard seed of faith” in the Gospel of St. Matthew (Matt. 13:31–32), which better illustrates the movie’s central themes.

“God Bless the Broken Road” portrays the life of a widow, Amber Hill (Lindsay Pulsipher), mourning the death of her husband and struggling to stay afloat as a single parent of a young girl, Bree Hill (Makenzie Moss).

The news of her husband’s death, delivered to Amber during church choir practice, sent her into a spiritual tailspin, causing her to abandon her involvement in her congregation.

Also contributing to her declining church attendance is her job at the local diner, where she works every day, including Sundays, to make enough money to keep her and her late husband’s house.

Throughout the movie, Amber struggles with her faith; her grief; and her relationships with her mother-in-law Patti Hill (Kim Delaney), her daughter Bree, and Cody Jackson (Andrew W. Walker), a failed race-car driver and convict who, as part of his parole, serves as the leader of the youth outreach program at Amber’s church.

A struggle reminiscent of Job’s

At the center of Amber’s struggle is her anger toward God and her desire to provide for herself and her daughter without others’ assistance.

In some ways, she is her own worst enemy, repeatedly declining other characters’ offers of help and driving a wedge between herself and the people around her.

Her refusal to accept help eventually leads to the loss of the house that she desperately clings to in her grief.

Amber’s struggle comes to a climax in a scene strongly reminiscent of Job’s conversation with God, in which Job complains to God:

Like Job, Amber feels targeted by God despite her and her family’s faith.

“Where is my reward for my faith?” she demands. “What are you going to do to fix this?”

She feels as if God is responsible for her husband’s death, the loss of her house, and her daughter’s turning against her.

Unlike Job, however, Amber receives no response as she airs her grievances on the steps of the church she no longer attends.

Her one-sided conversation ends with her breaking down, collapsing to her knees, and admitting, “Please, Lord, I can’t do this; I need you,” at which point her story turns the corner.

Although an overtly Christian film, “God Bless the Broken Road” is so focused on Amber and her general plight that it leaves the impression that her faith is more important than God’s grace.

In an early scene, the preacher at Amber’s church, Pastor Williams (LaDainian Tomlinson), speaks of those absent from the church pews, saying, “God is not done with them. … If they’re willing to turn to Him with just the tiniest seed of faith, He will show them that nothing is impossible.”

Cut to a Sunday-school room, where Amber’s daughter Bree and another child are reading the words of Jesus to His disciples:

“Truly, I say to you, if you have faith like a grain of mustard seed, you will say to this mountain, ‘Move from here to there,’ and it will move, and nothing will be impossible for you” (Matt. 17:20).

When Bree comes home from Sunday school with a mustard seed planted in a pot, Amber says to her, “Some seeds don’t grow where we live.”

The film ends with a shot of the same pot, broken in an earlier scene, now repaired and boasting a newly sprouted seed.

This final shot symbolizes how all is now well in Amber’s life.

She doesn’t get her house back, but she has a home and a new relationship with a race-car driver. She has reconciled with her daughter, and she stands in church singing “Bless the Broken Road.”

Like the Book of Job, “Bless the Broken Road” can be seen as depicting a confrontation between God and one whose heart has been broken.

However, the film fails to acknowledge the possibility that not all wounds may be healed in this life.

Christian viewers should remember that scriptural accounts such as the story of Job are descriptive, not prescriptive, and that prayer is not transactional as portrayed in the film.

A better model of prayer is provided by Jesus in the Lord’s Prayer, which includes the petition “Your will be done on earth as in heaven,” acknowledging that God’s will is good and “done without our prayer,” as the Small Catechism explains.

The film hints at this truth but would have shown it better without the cajoling “if” of the preacher and Amber’s dramatic breakdown on the church steps.

As in a romance or romantic comedy, it takes place precisely 25 minutes before the end of the film, after which everything is resolved.

Had the moment come closer to the beginning of the film, it would have better illustrated how God comes to people even in their suffering and grief.

The potential for an honest, engaging Christian film about grief and suffering is buried like a seed in the film but never given what it needs to germinate and grow.

A well-intentioned but muddled message

Rather than emphasizing Amber’s individual will and faithlessness over and against the will and faithfulness of God, a more powerful film would have shown God at work even in the midst of suffering, even in mundane things, to break and defeat everything set against Amber’s faith, including her own stubbornness.

Such a film would have made it clear that it was God, not Amber’s own actions or prayers, strengthening and keeping her firm in His Word and her own “mustard seed” of faith.

As it is, the film may inadvertently send suffering viewers the message that they have no faith or that their faith is somehow insufficient.

The narrative of Amber’s dormant faith, which turns out to be just big enough for God to act on, is well-intentioned and potentially inspiring to many viewers, but may have the opposite effect on some, leading them to compare their faith to that of others rather than trusting that which God has given them.

“God Bless the Broken Road,” while better than “God’s Not Dead” (2014) and “God’s Not Dead 2” (2016), still suffers from melodramatic, Hallmark-style acting, writing and direction.

There is a market for this style of filmmaking, and some will enjoy the film for its light, simple approach and lack of edginess. The subject matter, however, demands a more serious approach.

For audiences looking for a more raw, realistic portrayal of death and grief, a film such as “Manchester by the Sea” (2016) may be a better choice.

Another powerful film on the topic is “Shadowlands” (1993), the C. S. Lewis biopic starring Anthony Hopkins as the venerated author of the “Chronicles of Narnia” series, dealing with his short-lived romance and marriage to the American Joy Gresham and his subsequent grief following her death from cancer.

“God Bless the Broken Road” has not enjoyed the financial success or general buzz of earlier Cronk films and didn’t do nearly as well at the box office as other recent Christian films such as “I Can Only Imagine” (2018), which also hinged on the target audience’s familiarity with a popular song.

By now, people eager to see the film will have seen it, and those who stumble across it later and watch it expecting something profound or inspiring may be disappointed or frustrated.

Hope springs eternal that Cronk will one day provide a theologically solid film that captures the hearts and minds of Christian and non-Christian viewers alike, a film that by the will of God reaches people with the Gospel of Christ Jesus.