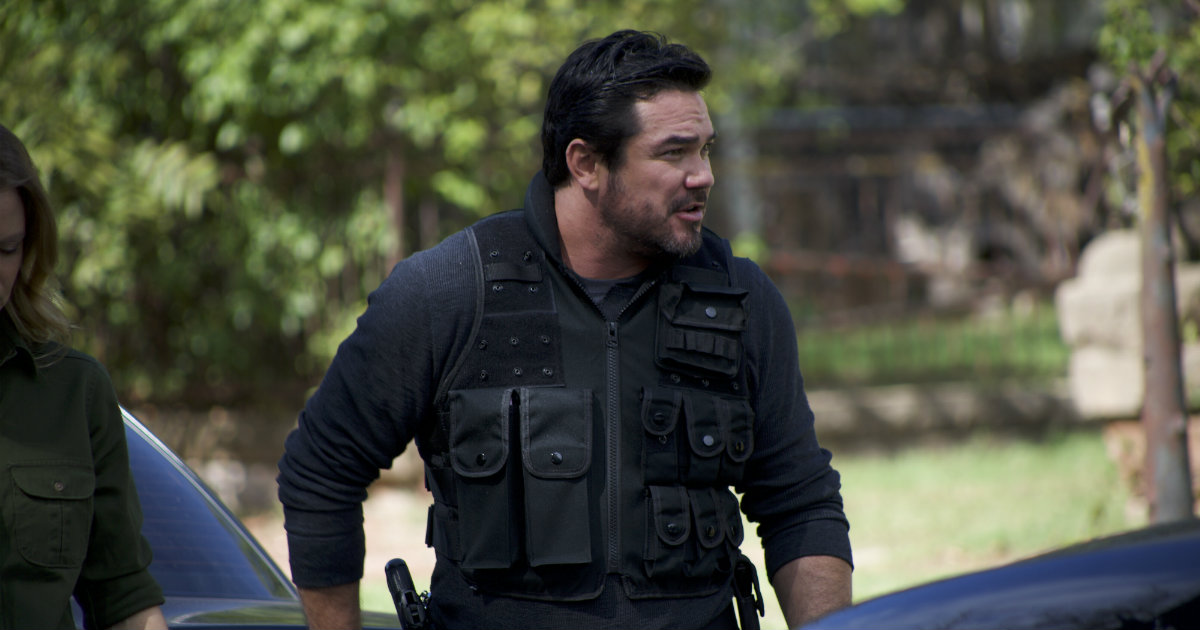 Hollywood fancies itself as the nation’s conscience, patting itself on the back for shining the light of truth on the dangers of nuclear energy, corrupt politicians, police violence, religious extremism, capitalist excess, and so much more.

Such films are typically branded Oscar-worthy.

“Gosnell: The Trial of America’s Biggest Serial Killer” would seem to check all the boxes. “Gosnell” tells a tale of power misused and abuse covered up, of women mistreated and children done unspeakable harm.

And yet, among the mainstream press, it’s difficult to find a reviewer who will touch it.

“Gosnell” is a well-crafted thriller with superb acting all around.

The director never overplays his hand, though viewers should bring tissues for the closing credits, accompanied by the song, “We Are the Innocent.” The drama is real.

Throughout the movie, the characters themselves remind us that the Gosnell trial was not about abortion. In point of fact, Dr. Gosnell slit the necks of babies born alive, and did so routinely.

But perhaps some of the most devastating moments come when a good, sanitary and lawful abortionist, Dr. North (played by Janine Turner of “Northern Exposure” fame), is called to the witness stand.

To show Gosnell’s shoddy work, Dr. North speaks with pride about how she performed abortions according to medically approved standards, using only well-trained assistants.

But as Dr. North is pressed about how abortion is performed, she describes, in a straightforward manner, a typical abortion, consisting of saline poisoning, the using of crushing forceps, and the sucking out of the gray matter, namely the brain, so that the baby’s head will collapse and the lifeless body can be delivered.

Was the trial about abortion? No, but yes.

How could you tell the difference, really, between a child born alive and one snuffed out in the womb? Abortion or infanticide? You say potato, I say … . You get the point.

Takeaways? Well, it’s remarkable how the state covered up the whole mess for so long.

Nobody, but nobody, wanted to touch the clinic with a 10-foot pole. Not the health inspectors, not the medical community, and, shame upon shame, not Governor Tom Ridge of “Homeland Security” fame, who told his people not to look into anything.

We all know that abortion is a hot-button issue.

Who wants to get involved? Being a Good Samaritan can be so inconvenient. What will people think of us?

For the very reasons so few people initially covered the trial, so few reviewers wish to review it. And for these very same reasons, some potential movie-goers are staying away.

But there it was.

In Gosnell’s abortion clinic we see filth, utter filth. Baby parts in the fridge, drugs administered haphazardly, poor women poorly treated, children put to death in the womb and out.

In spite of all this, you don’t have to worry about graphic scenes. There really are none. High-schoolers should be encouraged to go. You will never see the faces of the dead.

Instead, as you gaze upon the screen, you will be presented with the faces of those who look at the faces.

What you will see is what America should look like, eyes open, mouth agape, followed by cheeks with tears streaming down.

Yes, we are the innocent. That is the song the children would sing, if only they had a voice.

As a bonus for Lutherans, there is in the movie a blogger, an investigative reporter who brought all this to the attention of the media.

The somewhat fictionalized character is called Mollie. Well, I know the real-life Mollie, and she’s the daughter of a Lutheran pastor.

You may well have seen her on Fox News or read her articles in “The Federalist.” She’s a hero. And that’s what these children need. Heroes — like Mollie, and like you and me. See you at the movies.

The Rev. Dr. Peter Scaer is associate professor of Exegetical Theology and director of the M.A. program at Concordia Theological Seminary, Fort Wayne, Ind. He also serves as president of Allen County Right to Life and is a founding member of Shepherds United, an ecumenical Christian group formed to defend life, natural marriage and religious liberty.