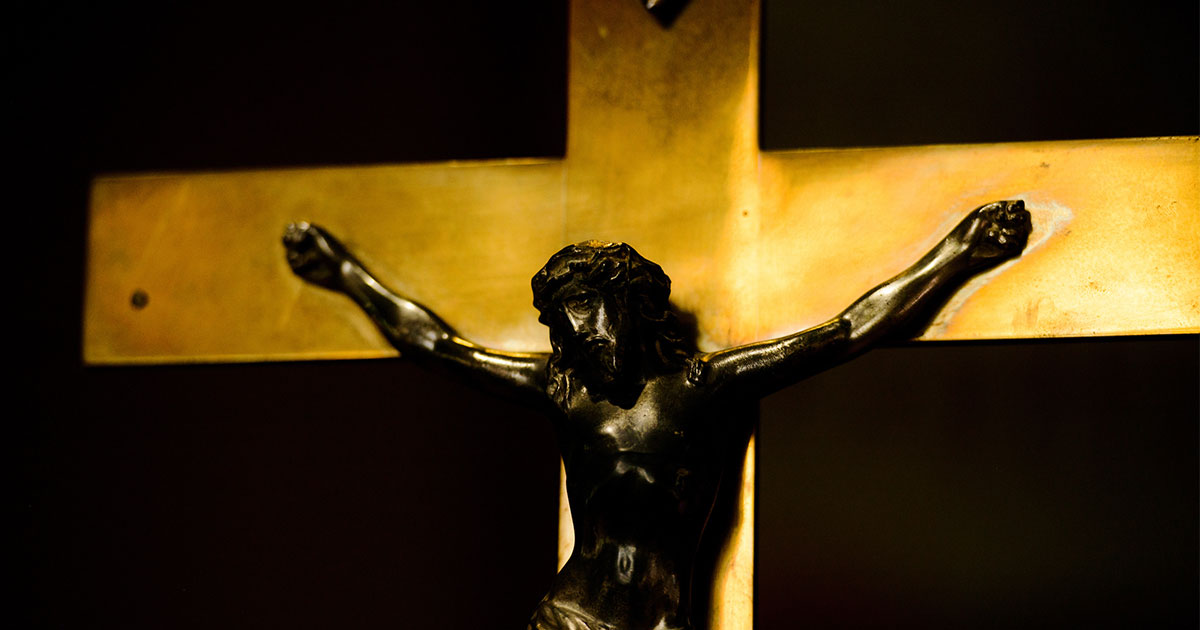 A personal reflection by the Rev. Dr. Hans-Jörg Voigt, bishop of the Independent Evangelical-Lutheran Church (SELK) in Germany.

On Nov. 1, 1945, months after the unconditional surrender of the German army, some pastors of the Evangelical Lutheran Free Church assembled at Immanuel Lutheran Church in Gross Oesingen, one of our congregations in the Lüneburg Heath region of northern Germany. Among them were the local pastor, the Rev. Martin Hein and the pastor from Hannover, the Rev. Hans Kirsten. The worst war that ever emanated from German territory had ended with a resounding defeat and the signing of the instruments of capitulation just a few months earlier.

The pastors keenly felt both perplexity and a sense of helplessness. All around them farms and emergency housing in the cities were filled with refugees. Some food was available, especially from the reserves of the military, but hunger and the first post-war winter were approaching.

Suddenly there was a knock on the door of farmer Käppel’s house next to the church. Pastor Hein got up to open the door. Two Americans, a tall lanky man dressed in a suit and hat, accompanied by a soldier in uniform, who had driven the American military limousine, stood at the door. The tall visitor, who spoke German with a Texas accent, introduced himself as the president of The Lutheran Church—Missouri Synod (LCMS). “How can we help you?” asked the Rev. Dr. John William Behnken, who served as LCMS president from 1935 to 1962. “What can we do for you and your congregations?” President Behnken was the first American church representative allowed to visit Germany. After his trip he personally reported to the President of the United States, Harry S. Truman.

Even today we can still feel the emotions of that moment. Not much earlier, American troops and their allies had paid a bloody toll as they invaded Normandy, France, to end the ravages of war by force. Just a few weeks later, an American was asking, “How can we help you?” The German pastors had not expected that.

The LCMS provided considerable help during the reconstruction and reorganization of the independent Lutheran confessional churches in Germany. The foundation of our Lutheran Seminary (now in Oberursel) was made possible in large part by the LCMS. Many congregations of the LCMS sent care packages soon after the war ended. This 75th anniversary of Germany’s liberation provides opportunity to remember with gratitude the help offered so soon after the war.

In 2018, I visited one of the Lutheran congregations in London at the invitation of my friend, the Rev. John Ehlers, who had asked me to preach. After worship, pastor Ehlers introduced me to an elderly lady and informed me that during World War II she had served as a nurse. She had told him that she frequently cared for the victims of German air raids. The lady said to me: “You’re the first German to preach in this church. It is good that our peoples are now so close to one another.” I have never forgotten this.

May 8, 1945, was a day of liberation. All of the horror that German refugees, the victims of the bombings and the soldiers had to endure had its origin in the ideological dictatorship that caused this war and not the final outcome. In 1945 the full extent of the horror and the monstrosity of the mass murder of the Jews was not yet fully revealed, but nearly everyone knew what was going on.

The American philosopher of Spanish descent, George Santayana, (1863–1952) taught that he who learns nothing from history is condemned to repeat its mistakes. I do not know if this is true in every case. One of the strengths of Germany’s policy of remembrance is not to suppress the shameful crimes of the past but to keep them in our collective memory. I regard both President Behnken’s visit and the nurse’s readiness to forgive as examples of the power of Christian reconciliation. That reconciliation is based on Christ’s sacrificial death on the cross.

'In sickness and in health': May 'Lutheran Witness'