Theme of the upcoming convention is “ROCK! Rest On Christ the King,” fr 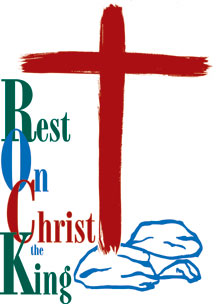 The convention is held every other year to inspire and inform LWML members, who have opportunities to hear mission speakers and take part in worship services, Bible studies, elections of LWML leaders, selections of a mission goal and mission-grant recipients, and a “pledge walk.”  Participants also are encouraged to bring “health kits” for distribution to area shelters and to take part in “servant activities” that benefit others.

Bible studies will be led by Dr. Mary Manz Simon, radio broadcaster and author of Little Visits with Jesus and other books.

Dr. Robert Roegner, executive director of LCMS World Mission, also will address the convention, as will several LCMS missionaries and a recipient of a previous LWML grant.

LWML President Linda K. Reiser, who was elected to the post in 2003 and is not eligible for re-election, will deliver the “president’s report.”  Reiser also will welcome a new president, who will be elected during the convention to serve a four-year term.

The convention will include a performance by nationally-acclaimed singer Erin Bode, daughter of former LWML national counselor Rev. Gerhard Bode.

Registration is $155 if postmarked by May 18, or $180 after that date.  Meals and lodging are not included.

“Camp ROCK” activities for children are available for ages six months through 17 at a cost of $36 to $40 per day.

Registration materials may be found in the Winter 2006 issue of Lutheran Woman’s Quarterly, or online at www.lwml.org.

Ebeling, others get LEA awards