Rev. Dale L. Sattgast was re-elected to his second three-year term as pr 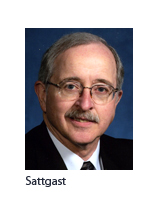 esident of the Synod’s South Dakota District during the district’s 58th convention April 29-May 2 in Sioux Falls, S.D.  Sattgast, 59, was elected on the first ballot.

Among resolutions adopted, delegates voted to:

Dr. Raymond Hartwig, former president of the district and current LCMS secretary, presented a four-part essay on the convention theme, “Called into Partnership,” from Phil. 1:3-6.

LCMS President Gerald B. Kieschnick preached at the convention’s opening worship service, and presented a report on “One Mission, One Message, One People.”

Requests for Reinstatement (May)