Congregations advised to make own decisions on Boy Scouts involvement

A letter from Lutheran Church—Missouri Synod President Rev. Dr. Matthew C. Harrison, emailed Oct. 7 to all LCMS rostered church workers, advises congregations to make their own decisions on whether or not they will sponsor troops with the Boy Scouts of America (BSA). 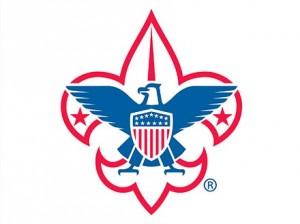 In the letter (click here), Harrison notes that the May 23 decision by the BSA to admit homosexual youth to scout programs — a policy change that takes effect Jan. 1 — “has caused us all great concern.”

As Harrison explained in a May 16 statement released a week before the BSA’s decision, “the proposed change will highlight sexuality, which has not been and should not be a matter of focus for Scouts” and could “make it more challenging to care for young people struggling with same-sex attraction and perhaps open our churches to legal action.”

Harrison’s recent email relates that, in an effort to address the BSA’s policy change and “provide guidance to the church,” staff from the Synod’s Office of the President, Commission on Theology and Church Relations and Office of National Mission “have spent much time in conversation and study of the issues,” in light of the LCMS’ history with Scouting and the recent development of an alternative scout program as well as in talks with pastors and BSA leaders.

The result is this: As has been the Synod’s practice for more than 50 years, the church body will not encourage or discourage Scouting in any congregation, but will continue to leave the matter of Scouting in the hands of individual congregations.

So, LCMS congregations may decide to continue their involvement with the BSA, or they may decide to take part instead in the fledgling, Christian-based program “Trail Life USA.”

Acknowledging that “there are pros and cons to both organizations,” Harrison emphasizes in his letter that “congregations desiring to participate in Scouting should do so only after careful consideration and with a commitment to provide guidance and direction for the troop.”

• A statement titled “Participation in Scout-type Organizations for Boys: Considerations for LCMS Churches and Individuals” that includes background information on the issue, “Observations” and “Specific Considerations” for both the BSA and Trail Life (TL) USA, and a “Conclusion” that offers this caveat: “Any church considering a charter or any parent considering involvement in either the BSA or TL ought to proceed with prayerful caution and careful pastoral involvement and guidance.”

Although the BSA gives congregations sole responsibility for what is taught in matters of spirituality and morality — for example, that homosexual behavior is immoral — the statement also notes that “a church also is free to teach that homosexuality is morally neutral or even godly.” So “conscientious individuals will, therefore, need to consider the character and leadership of the specific troop where their son participates,” according to the statement.

TL, on the other hand, bills itself as a “Christian adventure, character and leadership movement for young men,” but, as the statement notes, “some of the materials and programs by organizations that TL will be partnering with … are simply unusable by a Lutheran organization with any concern for biblical and confessional orthodoxy.” The statement also calls TL “a work in progress” with leaders who “have conferred with the LCMS and expressed their recognition that TL must be respectful of the distinctiveness of different Christian churches and traditions,” with the possibility that LCMS groups could substitute their own Synod-prepared Bible studies and teaching materials.

• a “Memorandum of Understanding” between the LCMS and the BSA — signed by Harrison and Wayne Brock, BSA’s chief scout executive — that pledges cooperation and mutual respect for each organization’s standards and beliefs. The document “is critical for those who wish to retain their local [BSA] charters,” according to the Synod president, because it “offers clarity on the implementation of the new membership standard and the congregation’s ability to publicly teach the faith and set boundaries, including when a member may be removed.”

• “Boy Scouts of America: Why the Proposed Policy Change Matters,” a May 2013 statement from Harrison.

• “Boy Scouts of America: What the Policy Change Means,” a May 2013 statement from the Rev. Bart Day, executive director of the LCMS Office of National Mission.

• A March 15 letter from Harrison to the BSA’s Executive Committee and to the voting members of the National Boy Scout Council.

“Both the Boy Scouts and Trail Life USA seek to aid in the formation of young men by instilling in them wholesome, positive values,” Harrison says in his Oct. 7 email to church workers. “To this end, the church may be involved. The [LCMS] has seen Scouting as an opportunity for witness and outreach to our communities, while at the same time serving our young men as they develop physically, socially and as citizens.