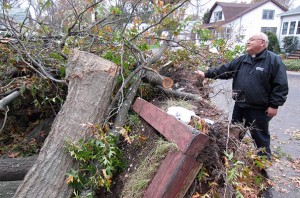 One year after Superstorm Sandy devastated parts of the country’s East Coast, this video highlights the LCMS response to the disaster. As one woman notes in the video, “I found the best help for us has been the church.” Since the disaster, the LCMS has provided more than $1.8 million in grants thanks to the generosity of donors. The Rev. Glenn F. Merritt, director of LCMS Disaster Response, said the relief efforts would not be possible without LCMS members, congregations, districts, partners, donors and volunteers. “The most important thing for the work of LCMS Disaster Response is the support of members of The Lutheran Church—Missouri Synod: their prayer support, their financial support, their willingness to volunteer and give of themselves as disasters occur around the United States and around the world,” he said. Learn more at www.lcms.org/disaster.