A 2015 online survey — about updating the “Explanation” of Luther’s Small Catechism with Explanation, in keeping with the 2013 Synod convention Resolution 3-13A — is now complete, and the results, according to the Commission on Theology and Church Relations (CTCR) drafting committee, were helpful and positive.

“We were very pleased and gratified by the results of the survey,” said the Rev Dr. Joel Lehenbauer, executive director of the CTCR and chairman of the drafting committee. “We see this as a big ‘thumbs up’ to the proposed template for the catechism update, but also appreciate and are taking very seriously the constructive criticism and insightful suggestions offered by respondents.”

The update to the catechism features several new, proposed sections, two of which are the Central Thought and Closer Reading sections. The former includes questions and answers as well as Bible verses, psalms and references to the Lutheran Confessions. The survey found that a majority of respondents considered this section very helpful (53.5 percent) or helpful (34.2 percent). A majority also found it very helpful (46.5 percent) to include references to the Lutheran Confessions and the hymnal in this section.

The majority of respondents found the Closer Reading section — which offers Bible passages for discussion and memorization, as well as references to the Lutheran Confessions — very helpful or helpful (85.8 percent) because it assisted readers in focusing on specific ideas, while one respondent in particular noted that the Central Thought “gives teachers, students, and parents a chance to grasp the main idea and consider more deeply how the section applies to the daily lives of Christians.”

Other respondents liked the proposed section but wanted to see its language simplified for children and lay readers. Some wanted it to address contemporary issues and questions, and a few believed that the section added unnecessary length to the catechism.

The Connections and Applications section, which interprets a portion of the catechism through a current and Lutheran lens, was found to be very helpful (55.8 percent) or helpful (28.4 percent). While respondents were generally enthusiastic about including discussions of contemporary issues, some feared this feature could become quickly outdated — causing this entire edition of the catechism to be outdated — since issues of concern to this generation may not be the same for future generations.

“The drafting committee has this same concern,” noted Lehenbauer, “and discussed it repeatedly at its most recent [May 28–30] meeting in St. Louis — a significant portion of which was spent reviewing the survey results. In one sense, the whole point of the Synod’s request for an update to the explanation of the catechism is to address the ‘many changes in the understanding of morals, civil law, and natural law in church and society’ in the contemporary world. But we want to do this in a way that takes a long view of these changes and that stands the test of time, not in a way that seems faddish or merely trendy.”

The majority of respondents thought that the addition of applicable prayers and hymn verses was very helpful or helpful (72.4 percent), while several respondents felt that this resource would be more suitable for personal devotional use or family devotions, rather than for a classroom setting.

Additionally, although most respondents thought the prayer and hymn verse would be good resources, some were concerned about adding too much material. Others felt that the catechism should be kept as only an instructional resource and the addition of devotional resources is not necessary, since many such suitable Lutheran resources already exist.

While the results of the survey are overwhelmingly positive, the drafting committee tasked with the catechism update looks forward to answering questions and ironing out potential wrinkles. While some respondents, for example, felt that the language of the updated edition is readable, a handful of others thought that the language is too difficult for young readers or new believers. Many also appreciate the idea of referencing hymns, but some respondents feared that many of today’s readers, as well as new church members, would not be familiar with hymns from Lutheran Service Book.

Finally, some respondents were concerned about the addition of more material, fearing that the Small Catechism would no longer be “small” while others wondered about producing the catechism in a digital format to engage today’s readers, especially young people.

“With many of the survey comments, it was almost as if respondents were listening in on discussions of this project by the CTCR and the drafting committee,” said Lehenbauer. “It was heartening to feel that we are in tune with those who took the time to respond to the survey, even when it comes to concerns and potential pitfalls. Given the scope and importance of this project, such concerns are justified, and we are committed to working through them and addressing them as carefully, faithfully and helpfully as possible.”

He noted that ultimately, the results of the survey have assisted in furthering the project, since the majority of respondents felt that, overall, this approach to and basic template for the use of the catechism is very helpful or helpful (79 percent). Several respondents even hoped that the work would be finished and the new edition made available as soon as possible.

“As the April 2015 Reporter insert on the project noted, we would love to have this ready for publication in time for the 2017 celebration of the Reformation,” said Lehenbauer. “But we also want to do it right, and we are well aware that it needs to go through various levels of approval [including approval by the entire CTCR], and that the entire proposed revision needs to be field tested with the help of Concordia Publishing House prior to publication, as mandated by Res. 3-13A. We are working hard on this, but are also not willing to rush or sacrifice quality for the sake of a deadline.”

“We are deeply grateful for everyone who took time to respond to this survey,” noted Lehenbauer. “We know how very busy pastors, church workers and dedicated and active laypeople are these days, so we place great value on this investment of their time to an indispensable resource in the life of the Church. More opportunities to respond and offer input will be coming in the future, so stay tuned!”

Adriane Heins (adriane.heins@lcms.org) is managing editor of The Lutheran Witness and editor of Catechetical Information for LCMS Communications. 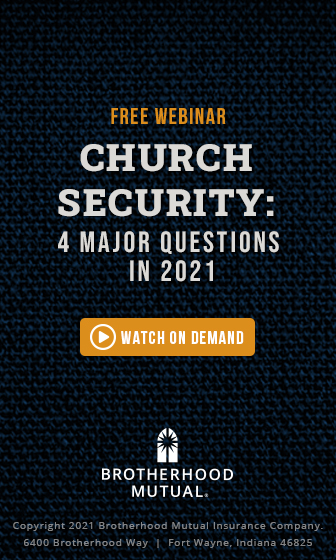