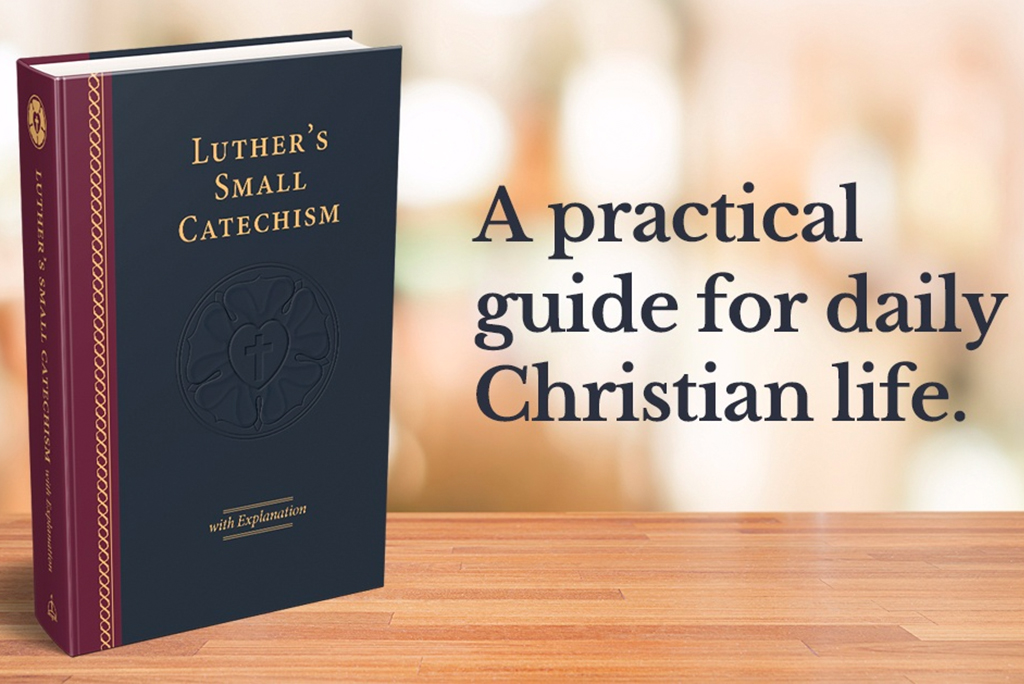 A new 2017 edition of Luther’s Small Catechism with Explanation is now available for pre-order from Concordia Publishing House (CPH).

The groundwork for the new edition was laid in 2013, when the Synod in convention (Resolution 3-13A) directed the Commission on Theology and Church Relations (CTCR), in cooperation with the president’s office and CPH, to begin the process of updating the Explanation to the Small Catechism.

Why a new Explanation, and why now?

The Explanation was last revised in 1991. Resolution 3-13A, adopted by a vote of 913–7, cited the “many changes in the understanding of morals, civil law and natural law in church and society” since 1991 as well as “the need for more comprehensive catechetical materials for adults that would also provide a resource for parents and teachers.”

The resolution called for a process of drafting, field testing and revising, leading to the production of a “catechetical compendium … more comprehensive and apologetic in scope.”

The revision process began in 2014 with a survey of the Synod’s rostered workers. The survey was conducted over the course of six months — one month focusing on each of the six chief parts.

In 2015 another survey was made available online for anyone interested to give input — there were 1,300 respondents.

Then began a yearlong drafting process. In September 2016, a first-draft field-test version of the revised Explanation was mailed to all LCMS congregations and rostered church workers with feedback requested by Oct. 31 of that year.

The CTCR also requested feedback from any lay members of Synod congregations who wished to download and review the draft version.

Final revisions were made, and release of the updated version was scheduled to coincide with the 500th anniversary of the Reformation.

Features of the new Explanation include:

“This is an extraordinary catechism. I dare say, it is perhaps the best ever produced in English. The drafters did a superb job. We listened to the helpful critique of the Church, which made it stronger. I thank God for all involved, and all who took the time to participate.“

The new edition of Luther’s Small Catechism with Explanation is available for pre-order at an introductory price of $14.49 (not including shipping) with an estimated shipping date of Nov. 10.

To place an order, or to find out more about the 2017 edition and see a side-by-side comparison with the 1991 edition, visit cph.org.