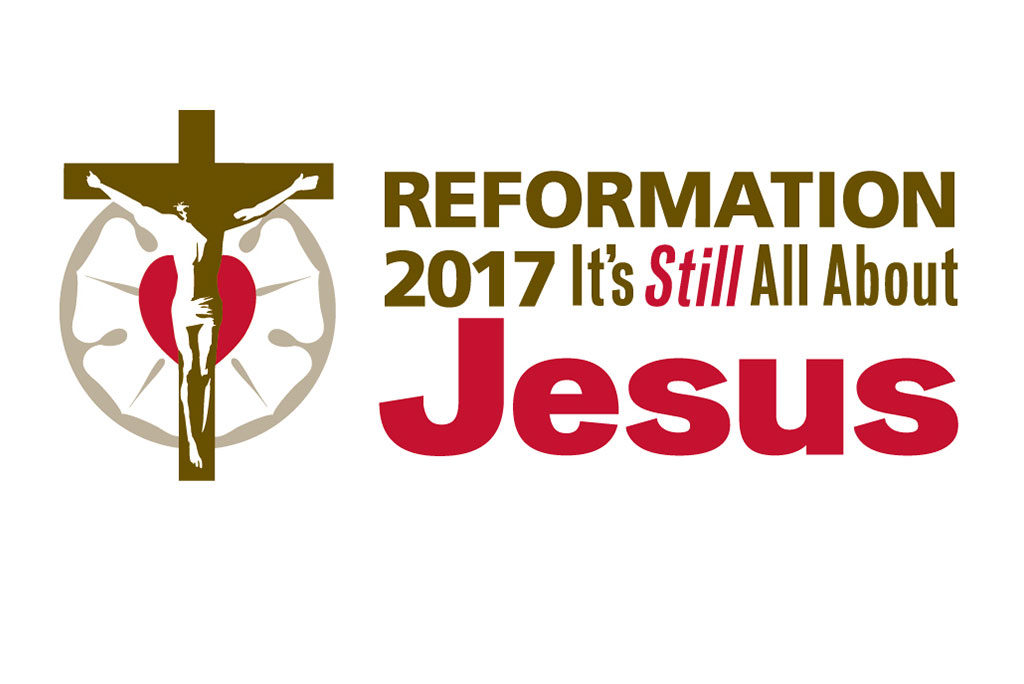 Throughout 2017, the LCMS has been marking the 500th anniversary of the Reformation.

In 2010, the LCMS in convention resolved as part of the 500th anniversary celebration to encourage “in-depth examination and study of the ecumenical creeds and Lutheran Confessions” (Resolution 3-02).

Six years later, the Synod similarly encouraged that the celebration include “regular, ongoing studies” of the Book of Concord (2013 Resolution 3-15).

And last year, in 2016, Resolution 5-10 called for a Reformation remembrance that reaffirms “the centrality of the doctrine of justification for the life of the church and the salvation of individuals” through several measures:

How do we “justify” all this attention on the doctrine of justification? Dr. Joel Lehenbauer, executive director of the Commission on Theology and Church Relations (CTCR) explains:

“The central teaching of the Bible is that sinners — which means all of us! — are ‘justified by [God’s] grace as a gift, through the redemption that is in Christ Jesus’ (Rom. 3:24). Nothing is more important than this: it really is ‘the doctrine on which the Church stands or falls.’ But in our day, as in Luther’s, this precious and life-giving doctrine continues to be proclaimed, taught and understood wrongly in many ways. Even the word ‘justification’ is meaningless to many.”

The CTCR is recommending several resources as useful tools for ongoing study and deeper appreciation of the doctrine of justification in this 500th anniversary year and beyond.

First of all, at its most recent meeting (Sept. 14–16), the CTCR officially commended and encouraged for use the Bible study prepared by Concordia Publishing House to accompany the documentary “Martin Luther: The Idea that Changed the World.”

The CTCR also approved for online distribution three different four-session (monthlong) Bible studies on justification, with anticipated approval at the November meeting of two more studies that are in development.

The studies are unified in focus but varied in approach and emphasis. For December, the CTCR suggests “Justifying Christmas,” a four-part study with a teachers guide and student handout for each session.

Contrary to what one might expect, this study is not about the questions that sometimes vex Christians during the Christmas season (such as, “How can you justify spending so much money on gifts or taking kids to see Santa?”).

Instead, as described in the introduction to the study, it is about helping Christians see “how the Scriptures connected with the birth of Jesus proclaim the Good News of justification by grace through faith. … in other words … how Christmas justifies us.”

For January, the CTCR suggests “All About Jesus and Justification.” This Powerpoint-based study explores the ways in which the doctrine of justification is centered in the saving work of Christ.

It utilizes the report Theses on Justification, referencing the theses and also a paper from the CTCR titled “Martin Luther and the Doctrine of Justification.”

The Theses on Justification are recommended as a companion resource for leaders and participants who want to dig deeper into the doctrine of justification.

And for February, the CTCR suggests “Unjustifiable Faiths: Four Common — and Wrong — Beliefs about Justification,” a Bible study with a leaders guide and student handout and sessions on topics such as “Just believe” and “God only expects you to do the best you can.”

The two Bible studies still in development, one on Christ as our righteousness and one on contemporary issues, will be ready for use in March and April. Although the CTCR is recommending this sequence for the coming months, the Bible studies are independent of one another and may be used at any time and in any order.

Lehenbauer adds: “It is the CTCR’s sincere hope and prayer that these Bible studies will be useful to pastors, church workers and congregations as they seek to confess, reclaim and proclaim the Reformation’s ‘simple Gospel’: We are saved by grace alone, through faith alone, in Jesus Christ alone.”

The first of the CTCR-approved Bible studies, “Justifying Christmas,” will be available at lutheranreformation.org as well as the CTCR website by mid-November, with the additional studies following in months to come.