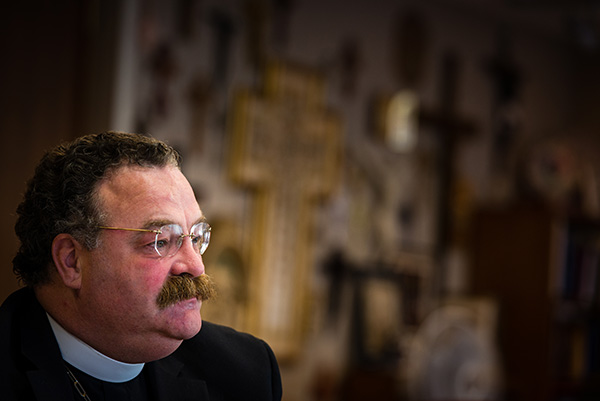 Years ago, after the Evangelical Lutheran Church in America (ELCA) solemnly declared SUVs to be irresponsible, if not sinful, I quipped to the ELCA’s presiding bishop, “The ELCA says something about everything. The LCMS says nothing about anything.” That’s not entirely true, but we have been rather quietistic in the LCMS.

The LCMS once had an office in the District of Columbia. Our plans for a new office have been much more intentional. We’ve done a great deal of work in preparation. The entity will be largely independent but constituted to serve LCMS interests (and those of other conservative Lutheran friends). It will not tell people how to vote. It will provide an LCMS voice at the table with other Christians and citizens of good will. We will focus laser-like on just three issues: (1) life, (2) marriage and especially (3) religious freedom.

Above all, this office will provide an aggressive defense against the current cultural and legal pressure to push traditionally minded Christians out of the public square, as well as a defense against discriminatory practices against the church by the government. And these are mounting.

The Apology of the Augsburg Confession praises legal action, when necessary: “Public remedy, made through the office of the public official, is not condemned, but is commanded and is God’s work, according to Paul (Romans 13). Now the different kinds of public remedy are legal decisions, capital punishment, wars, and military service” (Ap XVI 59). Where the government impedes our freedom to believe and act according to our biblical confession, we will fight for our freedoms guaranteed in the Bill of Rights. And we also will fight shoulder-to-shoulder with citizens of good will — be they Lutheran, Christian or not — for the religious freedoms of all. For the conscience is bound only to God, not to men. Consider how St. Paul made use of his rights as a Roman citizen. “I appeal to Caesar,” he said in Acts 25:11.

We have a gem to share — that is, the Lutheran/New Testament teaching on the two kingdoms. Government is established by God (Romans 13). The Church is established by God (Matthew 16; 28). Government is ruled by reason (Rom. 2:12ff). The Church is ruled by revelation (i.e., the Bible, as John 8:31 says). “Render to Caesar the things that are Caesar’s, and to God the things that are God’s” (Mark 12:17). Unlike many Protestants, we Lutherans have no interest in “Christianizing the government.” The government should operate according to sound reason. Good laws are reasonable and do not contradict the Ten Commandments. Bad laws are unreasonable. It is unreasonable to legalize the killing of the unborn. It is unreasonable to penalize a private school because it believes in traditional marriage. One does not have to be a Christian to see that. Of course, the Bible clearly rejects abortion too. Yet, Christians oppose it on the grounds of both the Bible and reason.

As part of our office in D.C., we envision internship opportunities for youth, educational connections with our Concordia University System, and state-by-state coalitions of LCMS lawyers and others to monitor religious freedom issues across the country. Our D.C. office will produce significant briefs on vital topics, such as the two kingdoms teaching. It will provide contact with LCMS elected officials, as well as encouragement and training for LCMS members (and other Lutherans) interested in running for office or serving in government. It will be a locus for the many young LCMS staffers who serve in D.C. and who are marvelous and active Christians.

There is much work to do. We are nearing our trigger point of $2 million. The entity will do its own funding work once launched and will not be a burden to the Synod’s budget. There is a great deal of interest and excitement about this. It’s time to act. Many others have been carrying our water for years. It’s time to show up and support them. “We must obey God rather than men” (Acts 5:29).

A Letter to Pastors from President Harrison — The First Sunday in Lent, A.D. 2015