Why Abortion Is Really Declining: The Juno Effect

This website contains hyperlinks to other resources on the Internet. These links are provided as citations and aids to help you identify and locate other Internet resources that may be of interest, and are not intended to state or imply that The Lutheran Church–Missouri Synod  sponsors, is affiliated or associated with, or is legally authorized to use any trade name, registered trademark, logo, legal or official seal, or copyrighted symbol that may be reflected in the links.

“The right to choose” came in with a bang of Chief Justice Burger’s gavel, but it’s going out with a whimper. 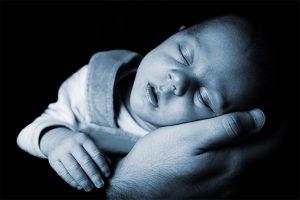 Since the Supreme Court invented a constitutional right in 1973 to kill babies in the womb, over 57 million precious lives have been extinguished. No judge will hear their cases, and very few will mourn these nameless, faceless victims of convenience.

But if there’s any consolation, it’s that abortion itself is slowly dying. Yes, you heard that correctly. For a variety of reasons, this barbaric procedure is falling out of favor with Americans, and the industry that provides it has been losing steam for decades.

A report just out from the Associated Press shows the U.S. abortion rate at an historic low. Down from an all-time high of almost 1.5 million in 1990, the number of pregnancies terminated has dwindled nearly each year since. And right now, that downward trend appears to be accelerating. Seventy abortion clinics have closed nationwide since 2010—most in states that passed new restrictions. And although federal numbers past 2011 aren’t yet available, the AP‘s state-by-state analysis shows that in just the last five years, the U.S. abortion rate has fallen by 12 percent.

State-level restrictions on abortion have incrementally tightened the reins on this practice, contributing to a reduction of as much as 20 percent in some states. And a steady campaign of truth-telling has shown Americans how wrong the so-called “right to choose” really is. Pregnancy care centers in particular—which, by the way, now outnumber abortion clinics nationwide—have saved lives and put the lie to our opponents’ charge that pro-lifers only care about babies until the moment they’re born.

“The Associated Press report is great news,” said Troy Newman, president of Operation Rescue. “It proves that Americans are rejecting abortions in favor of life in unprecedented numbers. There’s no doubt that we are winning and the abortion cartel is waning.”

Well don’t break out the party hats and streamers just yet. While pro-life activism deserves credit for the abortion recession, there are additional factors at work here. In fact, writes Michael J. New at National Review,much of the decline is the result of a growing acceptance for unwed motherhood and single-parent families.

Back in December, David Frum made exactly this case in The Atlantic, lauding pro-lifers for finally “making their peace” with unwed motherhood.

“As marriage fades,” he wrote, “unwed motherhood has evolved from an acceptable outcome to something close to an inevitability.” The “fascinating irony,” is that “despite its conservative origins, the pro-life movement has ceased to be socially conservative in its effects.”

And that’s why the declining abortion rate is as much a call to action as it is a reason to celebrate. Yes, thank God that fewer single women are choosing to abort their babies. And we must continue to do all we can to help them.  But all of us who call ourselves pro-life need to remember that the term is not just code for “anti-abortion.” We should of course save all the lives we can, and celebrate the lives saved, but if we’re going to make a difference in the lives of those we help save, we have to offer them a culture built around the God-given goods of marriage, family, and His whole design for human flourishing.