The annual Sharathon fundraiser for Worldwide KFUO.org is planned for April 21-23 under the theme “Celebrate the Ministry,” and as the Synod’s radio station celebrates, it also is asking its listeners for support over those three days. 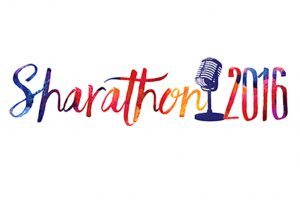 Sharathon programming will feature special guests as well as thank-you incentives that will be offered to those who contribute to the Worldwide KFUO.org ministry.

Gary Duncan, the station’s executive director of Broadcast Services, says “it’s an exciting time for KFUO.org and our mission of reaching the world with the message of Christ.

“Our worldwide audience has doubled this past year,” Duncan notes, and “we look forward to reaching even more people as our supporters partner with KFUO to provide the needed resources for us to continue the proclamation of the Gospel around the globe. It’s amazing to think that a gift to KFUO can touch so many lives.”

And, as a way of doubling its impact, each contribution to the Sharathon will be matched — up to $20,000 total — by an anonymous donor, noted Joanie Harwell, KFUO’s director of development.

Harwell, who plans to retire Nov. 1 after nearly 29 years with the station, said she “so much” appreciates “all of the donors who give to Sharathon and support KFUO throughout the year” and is “thankful that they’ve helped people around the world learn about the love of Jesus.”

Launched in 1924, KFUO is the longest continually operating Christian radio station in the United States. Today its programs are accessible worldwide, via the Internet, at KFUO.org.