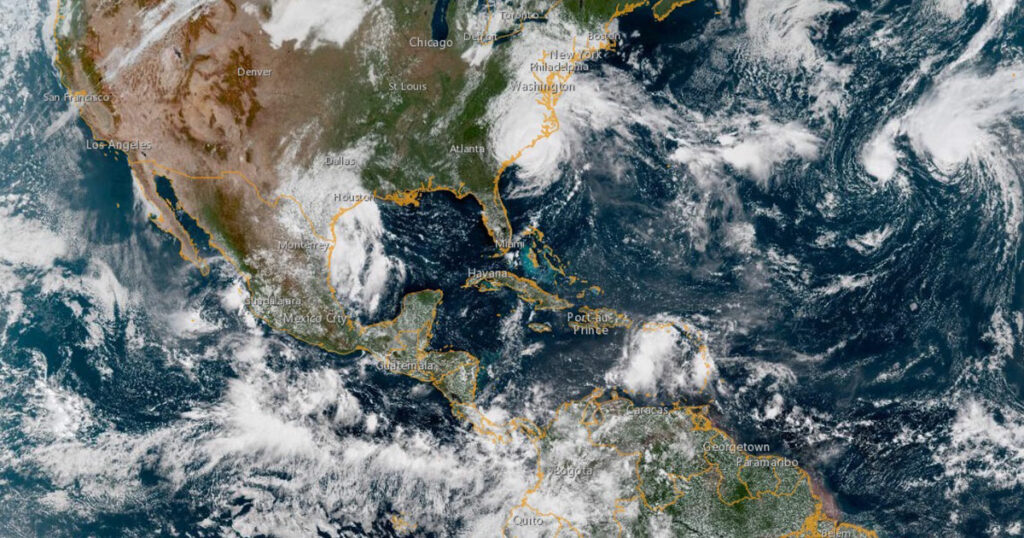 As Hurricane Florence approached the Carolina coast this week, LCMS churches in its projected path prepared for the impact.

“The storm keeps changing a little bit here and a little bit there. I’m not sure if that’s a relief or not. It depends where you are,” said Deaconess Sally Hiller, the LCMS Southeastern District’s (SED) Disaster Response Coordinator.

Hiller said that people in some areas had evacuation orders revoked earlier in the week, only to have them reinstated again, as Florence’s course and intensity continued to change.

Congregations in the area prepared for landfall by ensuring that members who had not evacuated had supplies such as bread, water and batteries on hand.

Most of the members of St. Paul’s Lutheran Church in Havelock, N.C., left earlier in the week under the mandatory evacuation, but the Rev. James Daub, who also serves as the region’s police and fire chaplain, stayed behind.

As the hurricane approached, Daub observed, “One of the memes on Facebook had it best: ‘Waiting for a hurricane is like being stalked by a turtle.’ And that’s all it is right now: the waiting game. We just want it to be done and over.”

On Friday, Daub posted an update on Facebook that described “fierce” winds, flooding and impassable roads.

Daub wrote, “We have some folks hunkering down at the church, and the biggest issue is the ceiling collapse in the narthex just as you enter the nave, water coming in the fellowship hall, and tons of shingles ripped off the roof.

“My office is taking on water and many things in there are soaked. … The ditch between the parsonage and church is overflowing and the back yard and side lot have white caps in them from the waves being created by the wind in the deep standing water. …

“Power is still out and cell service is most sketchy. I have heard from many of my members and they seem safe and some have evacuated to escape the storm. It will be most difficult to access our area because there is so much flooding and trees down. It truly looks like a war zone.”

Holy Trinity Lutheran, Columbia, S.C., opened its doors in 2015 following catastrophic flooding related to Hurricane Joaquin. Aided by grants from the Synod and the district, Holy Trinity converted its Sunday school house into a staging area for relief efforts.

Holy Trinity’s pastor, the Rev. Christopher Burger, said that the congregation is ready to open its doors again in the wake of Florence. If this flooding is anything like the flooding in 2015, Burger said, the impact will be felt for years to come: “The reality is we’re still working through it. There’s a normalcy to life that comes within six months, I suppose … [but] some are still not in their homes, and that was years ago.”

Both Daub and Burger said they still planned to hold church on Sunday.

The district began responding to the hurricane immediately. SED President Rev. Dr. John R. Denninger said, “As soon as the hurricane started moving and people started getting evacuation orders, we were trying to listen in to our pastors and circuit visitors just to learn how they were doing, where they were going, what they knew about their congregations.”

Hiller said that she had been in touch with many churches and skilled individuals throughout the district who are well prepared for the relief efforts that will be necessary. In the last few years, numerous people in the SED have taken part in Lutheran Early Response Team (LERT) training, and four congregations in the area have acquired fully equipped disaster-response trailers.

Hiller says, “Our whole disaster network has grown … . We are more resource-ready to respond than we have been in the past.”

On Monday, a Synod team including LCMS Director of Disaster Response Rev. Dr. Ross Johnson will be on the ground in the Carolinas to meet with Denninger, Hiller and others to assess the situation and formulate an action plan. Disaster Response is also sending a semi trailer full of tools to assist homeowners in mucking out their flooded homes.

The response in days to come will focus not only on the physical needs of those affected, but also on their spiritual needs, both within LCMS congregations and throughout the surrounding communities. “All of these projects will be done through Lutheran congregations, so that the work that we do is in close proximity to Word and Sacrament,” said Johnson.

Daub and Burger both say that the first need of their congregations and communities is prayer. Beyond this, volunteer efforts, monetary donations and donations of living essentials will be needed in the weeks to come.

“I know in [Hurricane] Matthew, a lot of people lost pretty much everything in their house,” said Daub.

Hiller said, “In moments like these, I really am thankful that we are part of a national church body that considers this to be such an important ministry. … We just happen to be the one that’s facing the disaster at this moment. But we get to help all across the country, and we get to receive people’s help and compassion from all over the country.”

To find out how to volunteer or contribute to the relief effort on the ground, go to se.lcms.org.

To help bolster the response capacity in the “where needed most” disaster fund and strengthen the Synod’s disaster-relief arm in responding quickly to future disasters, please visit lcms.org/givenow/disaster or text LCMSHURRICANES to 41444.

Give Now: Where Needed Most  Give Now: Hurricane Relief

As the waters rise in North Carolina, neighbors arrive to help