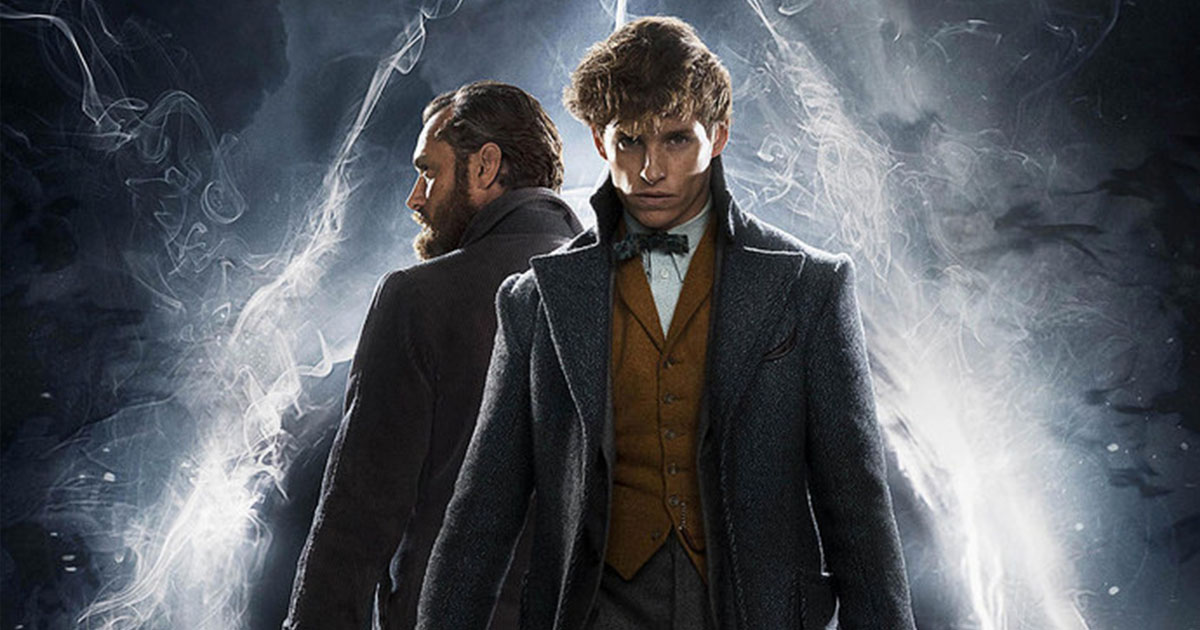 “Fantastic Beasts: The Crimes of Grindelwald” (2018) is the second Harry Potter prequel in the Fantastic Beasts series, written for the screen by J. K. Rowling and directed by David Yates.

It continues the story started in “Fantastic Beasts and Where to Find Them” (2016), which introduced audiences to Newt Scamander (Eddie Redmayne), a mild-mannered wizard with an interest in magical creatures, who finds himself reluctantly drawn into a plot to stop the dangerous wizard Gellert Grindelwald (Johnny Depp).

Gone are the days when Harry Potter films took place primarily at the magical boarding school of Hogwarts. The first Fantastic Beasts film was set in New York in the 1920s, providing an American flair to the Harry Potter universe, while this entry takes place in Paris, incorporating continental Europe into the ever-expanding wizarding world.

Not a film for casual viewers

While the first Fantastic Beasts film was light on references to the previous series, “The Crimes of Grindelwald” seems bent on cramming as much content from Harry Potter into the film as possible, including a much younger and more dapper Albus Dumbledore (Jude Law), who emerges as a key part of the developing plot.

As a result of these references, the film requires much background knowledge from its audience. Casual viewers may not readily grasp the importance of certain details and characters, as a thorough familiarity with the Harry Potter universe is needed to fully understand these elements. While veteran fans of Harry Potter will most likely still appreciate them, the knowledge required to understand them even goes beyond the Harry Potter universe itself, extending to events in the real world.

In 2007, at a reading of Harry Potter and the Deathly Hallows at Carnegie Hall in New York City, a fan asked J. K. Rowling, “Did Dumbledore, who believed in the prevailing power of love, ever fall in love himself?” She replied, “My truthful answer to you … . I always thought of Dumbledore as gay.”

Knowing this bit of trivia helps make sense of some of the dialogue in “The Crimes of Grindelwald,” such as the conversation between London’s Minister of Magic, Torquil Travers (Derek Riddell), and Dumbledore, in which Travers says to Dumbledore, “You and Grindelwald were as close as brothers,” and Dumbledore replies, “Oh, we were closer than brothers.”

In addition, flashbacks show Dumbledore and Grindelwald making a blood pact as teenagers and Dumbledore seeing Grindelwald in the Mirror of Erised, which, according to Dumbledore in “Harry Potter and the Sorcerer’s Stone” (2001), shows the “deepest, most desperate desire of our hearts.”

As Dumbledore’s sexuality is not stated in the film, it seems that Rowling and Yates expect viewers to know about Rowling’s statement at Carnegie Hall to make sense of these scenes. Ian McKellen, an openly gay actor who played another famous fictional wizard, Gandalf, in the Lord of The Rings films, expressed his disappointment that Dumbledore isn’t presented as “explicitly” gay in “The Crimes of Grindelwald.”

Undoubtedly, there will be many in the LBGTQ community equally disappointed at the lack of explicit confirmation of the nature of Dumbledore and Grindelwald’s relationship.

Rowling and Yates seem to find themselves in a bit of a pickle; on the one hand, they seem to want to be seen by progressives as being on “the right side of history,” while on the other hand, they want to maximize the earnings of this and subsequent films. Due to Harry Potter’s very broad appeal, including a gay relationship in the films could lose certain constituents of the series’ audience.

This information about the past relationship between Dumbledore and the villain Grindelwald could potentially impact the whole Fantastic Beasts franchise. All of the characters in the film are essentially now forced to pick sides in a proxy war between implied ex-lovers who promised not to fight each other: Newt Scamander on the side of Dumbledore and the magical establishment versus Credence Barebone (Ezra Miller), the tragic villain from “Fantastic Beasts and Where to Find Them” (2016), on the side of the evil Grindelwald and a rebellion seeking to overthrow the establishment and its rules.

The film provides additional social commentary in the form of a prohibition against marriage between magical people and Muggles (people outside the magical world).

Grindelwald’s revolution promises to do away with this prohibition, but at the same time, Grindelwald expresses his desire to use non-magical people as subservient laborers in an aristocratic world run by wizards.

The returning characters Queenie Goldstein (Alison Sudol), a mind-reading witch, and her boyfriend, the affable Muggle baker Jacob Kowalski (Dan Fogler), are most obviously impacted by this prohibition. The prohibition is part of the traditional order within the Harry Potter universe and could be seen as an analogy to the issue of same-sex marriage in today’s world.

This raises bigger questions: Is this film about upholding traditional values or about bringing justice to people oppressed by the traditional system? Or is it just a commentary on the current real-world issues that form the backdrop for these films and their audiences?

Viewers may leave the theater confused as to what the film is trying to say. Christian viewers will want to consider these questions when approaching “The Crimes of Grindelwald” and future Harry Potter film projects.

In the end, the film has a little too much going on and needs a narrower focus. Newt Scamander and his fantastic beasts, along with his potential romance with American witch Tina Goldstein (Katherine Waterston), end up taking a back seat to the convoluted plot and political intrigue.

While it has some entertaining moments, overall “The Crimes of Grindelwald” is listless and confusing, setting aside much of the potential setup in the previous film.

It seems a losing proposition to attempt to capture the “magic” of a previous franchise with a sequel, prequel or spin-off. Star Wars has struggled with this problem, as have many other series caught up in the current Hollywood frenzy to remake or repurpose every popular franchise.

Similarly, with Fantastic Beasts it is beginning to appear that no amount of hocus-pocus can conjure the same magic audiences experienced with the original Harry Potter films and books.