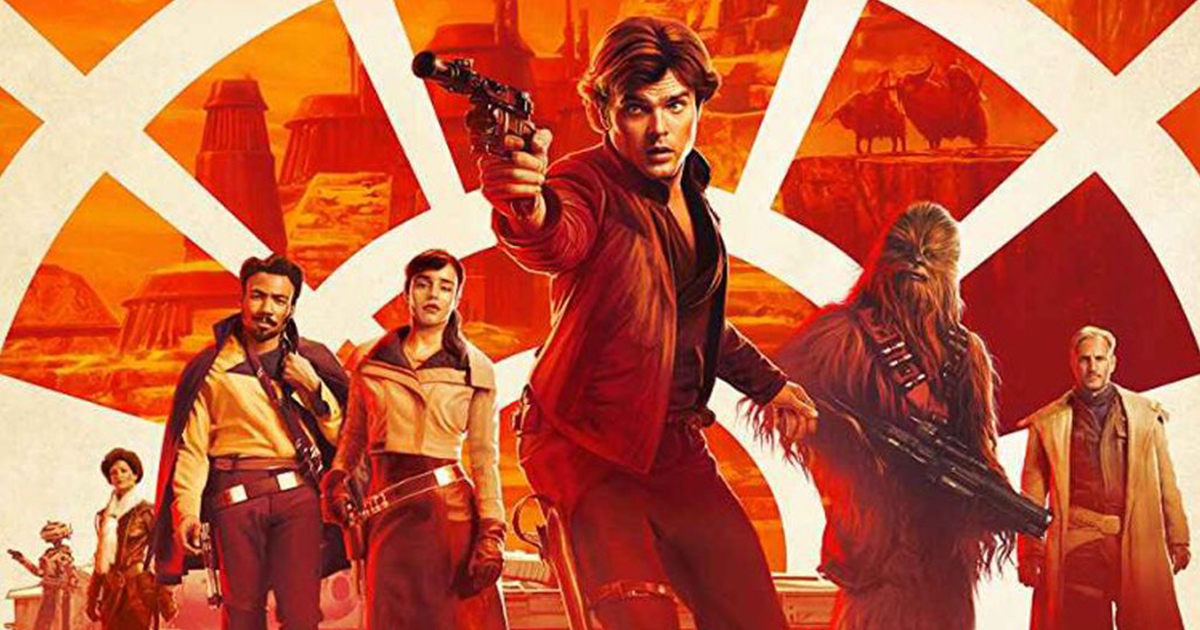 Director Ron Howard had his work cut out for him with “Solo: A Star Wars Story.” The movie was plagued by constant reports of trouble on the set, rumors of actor Alden Ehrenreich’s struggle to nail a convincing Han Solo, and a mounting backlash within the Star Wars fan base following Rian Johnson’s “The Last Jedi” (2017).

Howard is a technical director — he always gets the job done, but his films often lack depth and take few risks. The question is, will this approach satisfy viewers?

Howard’s film is above average, well-crafted and enjoyable. The storyline chronicles how Solo and his new friend Chewbacca become embroiled in a failed heist of coaxium, or hyperdrive fuel. Life goes from bad to worse as they meet the man who contracted the heist, Dryden Vos (Paul Bettany), a sadistic, midlevel, crime-syndicate boss who wants the coaxium for the black market.

There are other interested parties, such as the masked marauder Enfys Nest (Erin Kellyman), whose reasons for wanting the coaxium are left uncertain until the end.

A different kind of Han Solo

Where does this film fit into the expanding Star Wars canon?

“Solo” is an origin story set roughly a decade before “Star Wars: A New Hope.” It details Han Solo’s entry into a life of intergalactic smuggling following his escape from the slums of the Imperial shipyards of Corellia, where he lived under the influence of the petty criminal Lady Proxima (Linda Hunt). Solo is in love with his fellow Corellian street urchin Qi’ra (Emilia Clarke), who weaves in and out of his story.

How does Ehrenreich’s Solo compare to the irascible and handsome loner made famous by Harrison Ford?

Ehrenreich’s younger version is more agreeable, ambitious, optimistic and lucky, but like his future self, he has a hard time keeping his mouth shut, which causes him trouble wherever he goes, including during a brief stint in the Imperial Navy and Infantry.

The depiction of a young Solo as optimistic and eager is one of the film’s best parts. By the time audiences meet the charming scoundrel in “A New Hope,” he’s jaded and cynical, trusting more in simple tricks and nonsense than in people, luck or any kind of destiny.

The film doesn’t show Solo’s transition from ambitious optimist to grumpy pragmatist, but there may be good and practical reasons for this.

Ehrenreich let slip in an interview that he has signed on for another two Star Wars films. This may give ample time to complete Solo’s character arc from that of hopeful rogue to a man whose experience leads him to “trust no one,” something that, given the iconic nature of the character, will be a challenge.

The writers will need to delve deeply into Solo’s character as he grows harder and more jaded with every failure so that when he crops up in the Mos Eisley Cantina on Tatooine, he truly is at his lowest and in dire need of redemption. If they can succeed in doing that, they will pull off a great character arc.

Another character with which Star Wars fans will be familiar is Lando Calrissian (Donald Glover), originally played by Billy Dee Williams and first introduced in “Star Wars: Episode V — The Empire Strikes Back” (1980).

In “Solo,” Calrissian gets the short end of the social-justice-warrior stick as he is transformed from a suave ladies’ man into a pansexual who will hook up with anything: animal, vegetable, mineral … even droid.

The droid in question is his equally social-justice-warrior influenced L3-37 (Phoebe Waller-Bridge), who is perhaps the film’s most grating and tone-deaf character, offering constant and often contextually inappropriate quips that feel like a modern political imposition on a galaxy far, far away.

While there is a way in which L3-37’s desire for droid emancipation could work in this film and tie into the defeat of the droids and their enslavement in Lucas’ prequel films, the Kasdans and Howard don’t take the time to make that connection.

By comparison, the droid featured in “Rogue One: A Star Wars Story” (2016), K-2SO (Alan Tudyk), was a gruff but more lovable character and a more likely instigator of a droid rebellion than L3-37.

No ‘Force’ in this tale

Of note to Christian viewers is the fact that at no time in this film does Han Solo come in contact with Jedi or the Force, nor is there any talk of the religion of the Force.

Parents should know that “Solo” focuses on the criminal elements of the Star Wars universe, so they may want to take advantage of the opportunity to talk with children about the meaning of the Seventh Commandment. A good question to ask is whether Han Solo succeeds in helping to improve and protect his neighbors’ possessions and income.

Here’s another question: the various characters — from Qi’ra, to Calrissian, to Enfys Nest, to Beckett and his crew — all have their reasons for their criminal activity, but do these reasons justify their actions? In other words, do the ends justify the means?

Ultimately, “Solo” is a safe film that follows a blockbuster formula and takes few risks. There is no fear of its lead character dying, since he’s alive in future films. As a result, the story works best if the audience avoids thinking too much and simply enjoys it for what it is: a straightforward, double-crossing heist film, set in the Star Wars universe, that introduces some beloved characters in a safe and appealing way.

Making such a film is tricky: fans don’t want to see their beloved characters mistreated or overshadowed by other versions of those characters. The result is a kind of Goldilocks proposition, where each viewer has to decide if it’s too hot, too cold or just right.