April ‘Witness’: History of the LCMS 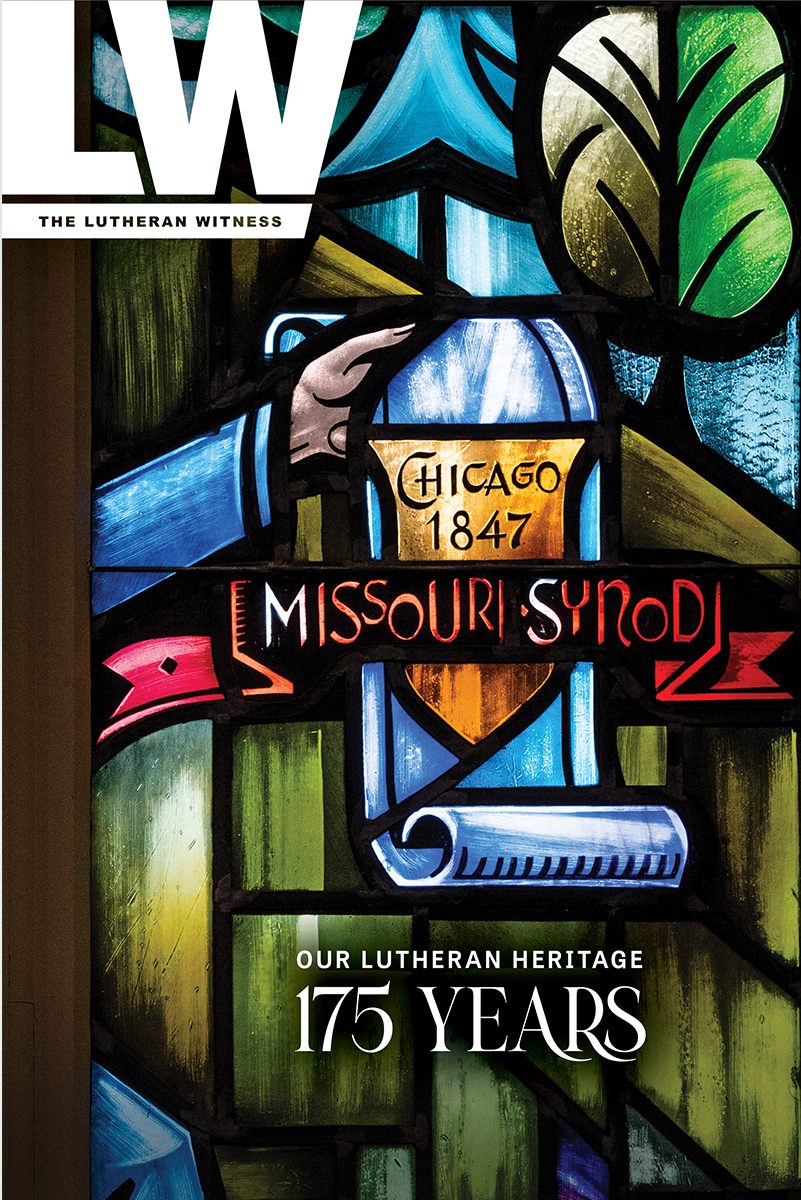 In 1847, clergy and laity from 14 congregations gathered to sign the constitution of Die Deutsche Evangelisch-Lutherische Synode von Missouri, Ohio und andern Staaten — that is, the German Evangelical Lutheran Synod of Missouri, Ohio and Other States. In later years, this church body changed its name to The Lutheran Church—Missouri Synod (LCMS).

In 2022, the LCMS celebrates the 175th year since the signing of its first constitution. Contrary to popular belief, the Synod’s heritage, while heavily — almost exclusively — German, was not exclusively Saxon. The LCMS gladly welcomed any and all who spoke German and held to the Word of God and the Lutheran Confessions as the correct exposition thereof. Since its founding, the Synod has grown and expanded to include English speakers and has sent missionaries all over the world.

The April issue of The Lutheran Witness offers a small peek into LCMS history. The Rev. Dr. Lawrence R. Rast Jr., president of Concordia Theological Seminary, Fort Wayne, acquaints readers with the history and context of the development of this Lutheran church body. The rest of the issue, written by LW staff, is dedicated to the stories of LCMS congregations, new and old. We tell the story of Bethany-Trinity Lutheran Church, Fishersville, Va., whose first records were written down 75 years prior to the formation of the LCMS, making the congregation 250 years old. We also visited and collected stories from the 12 remaining charter congregations of the LCMS.

In the end, we do not celebrate because we have been around for a significant number of years. In many ways, 175 is not all that grand. Rather, we celebrate because for the last 175 years, the Word of God has been proclaimed among us in its fullness, truth and purity, and the Sacraments have been administered according to Christ’s institution. That makes 175 years a number worth celebrating.

Get your copy of the magazine at cph.org/witness or visit The Lutheran Witness website, witness.lcms.org, to learn more.

Rev. Roy Askins is the managing editor of The Lutheran Witness.

Spring 'Engage': The Word at work