Biblical truth on trial in Finland

“We were in court for almost 9 hours. … It was unreal to hear bad theology from the prosecutor although she said that it is not [a] question about Bible and theology,” Pohjola wrote.

Harrison and Shaw, like many in the LCMS and around the world, have watched with piqued interest the saga of Pohjola and Räsänen. Their trial stems from the publication of Räsänen’s 2004 pamphlet, Man and Woman He Created Them: Homosexuality and the Challenge to the Christian Concept of Man. In that pamphlet, Räsänen confesses the biblical view of marriage and sexuality, including the Bible’s teaching that homosexuality is a sin.

In their email to Pohjola and Räsänen, Harrison and Shaw wrote, “The Augsburg Confession begins by quoting Psalm 119:46, ‘I will speak of Thy testimonies also before kings, and will not be ashamed.’” They concluded, “With earnest prayer for you, your families, and the church, joined to a thankful spirit for soldiers such as you in Christ.”

Räsänen and Pohjola were arraigned on charges that they have “made available and kept available to the public opinions and statements which disparage homosexuals as a group on the basis of their sexual orientation.” Their ordeal started with a police investigation on Aug. 29, 2019 — the result of a complaint about the pamphlet. The prosecutor general of Finland, contrary to the decision of the detective chief inspector, decided to order a preliminary investigation on Oct. 31, 2019. Formal charges were filed on April 29, 2021.

The public trial began Jan. 24 at 9:30 a.m. in Helsinki District Court and lasted for approximately nine hours. Maija Päivinen, district prosecutor, read the indictment and demanded that certain passages be removed from the publication Man and Woman He Created Them and that Räsänen and Pohjola be fined a victim surcharge. The prosecutor also demanded a corporate fine of a minimum of 10,000 euros for the Luther Foundation Finland, since Pohjola approved of the pamphlet as the organization’s official representative.

Somewhat surprisingly, the questioning during the trial turned to the content and interpretation of the Holy Bible. Observers have noted, as Pohjola also said, that the contents of the Bible were labeled “hate speech.” Twitter posts containing citations from Scripture were also labeled as “hateful.” Therefore, the Finnish prosecutor general is calling for the deletion of the posts and the removal of access to a 2019 interview during which Räsänen also discussed homosexuality as contrary to God’s will and design for humanity.

“It is a beautiful irony that this trial commenced on January 24, when we in the church are celebrating the feast of St. Timothy. Tradition holds that Timothy interrupted a parade of pagans on the way to celebrate their godless feast and called them to repent of their idolatry. The pagans were so incensed at his preaching that they fell upon him and beat him to death with clubs. We pray that this courage — which certainly comes not from St. Timothy but from Timothy’s Lord and our Lord — guides Bishop Pohjola and MP Räsänen in these discouraging days,” said Harrison. “Doubtless, Timothy was encouraged by this exhortation from Paul. May it encourage us as well: ‘Fight the good fight of the faith. Take hold of the eternal life to which you were called and about which you made the good confession in the presence of many witnesses’ (1 Timothy 6:12).”

The trial will continue on Feb. 14, with a decision expected within four weeks of that date.

“In all the charges, I deny any wrongdoing. My writings and statements under investigation are linked to the Bible’s teachings on marriage, living as a man and a woman, as well as the Apostle Paul’s teaching on homosexual acts,” said Räsänen. “The teachings concerning marriage and sexuality in the Bible arise from love of one’s neighbor, not from hate towards a group of people.” Räsänen regards homosexuals as fully equal humans and, in addition, equally worthy human beings created in the image of God. Out of love for all people, she desires to speak the Word of God in truth.

“The noble task all of us face in this age is to speak and act in truth and love, each in his or her own vocation and in our weaknesses, for us to act as the Word of God states and our consciences oblige,” wrote Pohjola in a recent blog post. “I know that we do not have to go through this on the basis of our own strength. The prayers of many around the world are upholding our country, our judicial authorities, and ourselves through this.”

Harrison asks the people of the LCMS to continue to pray for Pohjola and Räsänen, for the church in Finland, and for all Christians, that the Gospel of Jesus Christ would be proclaimed and God’s saints strengthened to boldly witness to the truth. 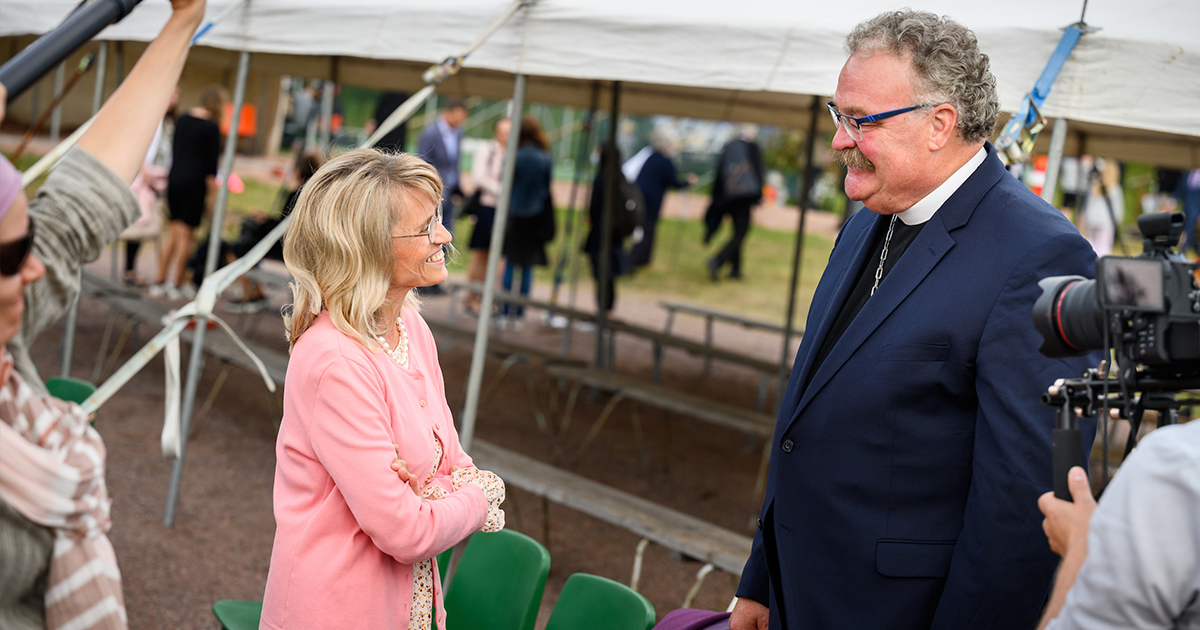 Dr. Kevin Armbrust is the director of Editorial for LCMS Communications.