Altar and pulpit fellowship between the LCMS and the American Association of Lutheran Churches (AALC) is recommended in a resolution unanimously adopted by the LCMS Commission on Theology and Church Relations at its Feb. 14-16 meetin 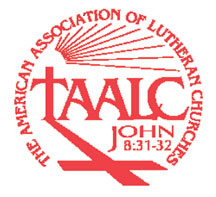 The recommendation for church fellowship with the AALC will be considered by the LCMS triennial convention, which meets July 14-19 in Houston, Texas.

Representatives of the LCMS and AALC have conducted doctrinal discussions toward fellowship since 2005. LCMS partner churches were informed of the proposal and only positive responses were received.

Also at its February meeting, the commission requested input for its second consultation

on the Scriptural Relationship of Men and Women, April 16-17 in St. Louis. The CTCR is conducting a series of consultations to assist it in the completion of a comprehensive study on the topic.

Written comments from the first consultation last December will be sent to the 16 participants so that they can prepare 10-minute responses for the next meeting.  Using participants’ responses from the first meeting, the commission also identified five principal topics that need further exploration and discussion: scriptural principles of interpretation; the impact of our new creation in Jesus Christ for these issues in the present age; the meaning of our embodiment as men and women; the meaning of terms like “subordination,” “headship” and “equality;” and the order of creation.

From a survey, the commission learned that nine of the 16 participants thought that the study could be carried out without taking up the specific question of ordination of women into the pastoral office.  Four said this issue needed to be addressed in the report and three were uncertain.

“It is the commission’s hope and expectation that a consensus will emerge as a result of the April meeting regarding the specific direction and content of the commission’s response to its assignment,” stated Dr. Samuel Nafzger, CTCR executive director.

Nafzger announced that the commission has received funds to hold two more consultations, which are tentatively planned for next December and April 2008.