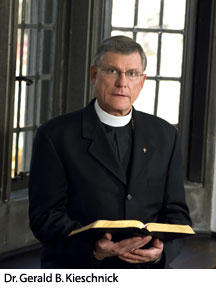 It’s only 139 square miles in area, 25 miles long, and 4 to 7.5 miles wide –- a strip of land along the coast of the Mediterranean Sea.   Bordering Egypt on the south and Israel on the north and east, the Gaza Strip has had a history of violence since antiquity as nations and factions have fought for its control.

The majority of the approximately 1.4 million Palestinians living in the Gaza Strip, including 2,000 to 3,000 Christians, have been under attack since December 27 as Israel launched first an air attack and then a ground offensive against Hamas militants in response to rocket attacks launched earlier by Hamas into Israeli territory.  It’s estimated that more than 600 people, including militants and civilians, have been killed, with another 2,800 wounded.

Nations around the world have called for an end to the violence. The people of The Lutheran Church—Missouri Synod add their voices to this resounding chorus seeking an immediate bilateral ceasefire and a restoration of peace through mediation.

War, terrorism, and fighting have characterized the world’s history and are clear testimony to the imperfection of the human race. In fact, human nature has a desperately evil side, which draws people into long-standing quarrels that can develop into war.

We pray that the leaders on both sides of this current conflict end the attacks, stop the killing of innocents, and find a peace-filled solution. The Bible tells of a peace in Christ that gives confidence and hope for the future. It is a peace born of His mercy and forgiveness. We pray this peace for the people in the Gaza Strip and for all people everywhere.