Being for the Family

“What is marriage?” It seems like a silly question. But its one our society is vigorously fighting about. For thousands of years, and for all of recorded history prior to the year 2000, societies around the world recognized that marriage was an exclusive relationship of faithful permanence between one man and one woman, who vowed to remain together until death parts them. 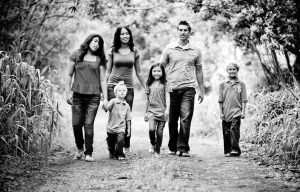 However, in a matter of a few short years (in the scope of human history), the institution of marriage has gone from being exclusively defined between one man and one woman, to being debated by society (it’s now at the highest court in our land), to consider if it might also be applicable to two homosexual men or two homosexual women. But that’s just the tip of the iceberg. Most recently, Thailand saw three men get married. Of course, activists are not stopping there. Marriage contracts (i.e., five-year marriage arrangements), throuples (three-people marriages), quartets (four-people marriages), as well as polygamy (one man with multiple wives), polyamory (multiple bisexual partners), pedophilia (adult/child sexual relationships) and bestiality (human and animal sexual relationships) are now also being put on the discussion table.

Yet, as startling as all of this might be, the Bible clearly deals with each and every one of these perversions. It remains unswerving in celebrating God’s created institution of a one-man one-woman marriage, which is also profoundly iconic of the Church as the bridegroom of Christ. The challenge, of course, is that many Christians are trying to undermine the authority of Scripture in the name of love, holding that its bigotry and unbiblical not to let people who really love each other get married. But no matter how hard they press or how slyly they appeal to emotion rather than truth, one cannot make a square into a circle. Marriage has meant one thing from the beginning of creation. Efforts to redefine it are actually efforts to recreate it and all of society with it.

Now, as ever, faithful Christians must be intentional about teaching our children what marriage is, what family is and how family remains the stabilizing force of every society. That’s common sense. But it’s important we do so from a positive position. Namely, that we are people who are for something—traditional marriages, families with a mom and dad, compassionate parenting, etc.—rather than people who are simply against something—homosexuality, same-sex marriage, homosexual adoption, etc.

Taking a stand for the family will teach our children to embrace what is good, rather than simply fear what is bad. It will also do much to neutralize the claims that Christians are anti-love bigots. Being for the family offers a much broader platform to stand upon and gives us much to celebrate during these challenging times.

Rev. Dr. Lucas V. Woodford is senior pastor of Zion Lutheran Church and School, Mayer, Minn.  He will be speaking on this topic August 12-13 at St. Louis University at DOXOLOGY’s National Insight conference: Finding Our Voice: Sex, Marriage, and the Christian Vision.