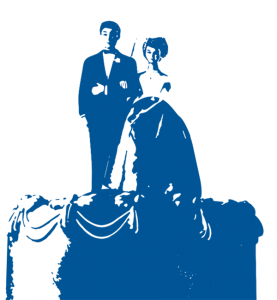 Secular Friend (SF): Gay marriage is quickly becoming the law of the land. It’s a good sign that our society is moving forward.

Lutheran (L): I think we’re headed for trouble. I believe that marriage is a lifelong union of one man and one woman. This basic definition has been a bedrock of civilization for millenia. Traditional marriage is spoken of by all the major religions as well as by ancient philosophers, and its advantages have been documented in modern social sciences. Traditional marriage is deeply rooted in who we are as human beings.

SF: But our nation is built on equality. Marriage is the civil rights issue of our time. A gay man or woman has just the same right to be married as you do. Anything else is unfair and bigoted.

L: We believe in equality, but we don’t believe in the interchangeability of the sexes. A black man and a white man are both men. There is no essential difference. And every person does have the same right to get married, but the question is, “What is marriage?” We believe that men and women are equal, but different. They complement one another physically, emotionally, psychologically. Social scientists have demonstrated that together a man and a woman provide the best possible environment for a child. Gay marriage, on the other hand, says that either a mother or a father is essentially dispensable and intentionally makes one superfluous.

SF: Aren’t you just imposing your religion on other people?

SF: But marriage is a personal choice.

L: Marriage is not simply a personal matter, but it is a public institution. Marriage calls upon men to take responsibility for their children. This ends up being good for both children and men. Likewise, traditional marriage is good for women, especially as it provides security and protection during pregnancy and the raising of children. Even in a world of sin and dysfunction, marriage works for the good of society.

SF: But people are already having children apart from marriage, and divorce is common.

L: Good point. Too many children do not even know who their father is. Marriage needs to be strengthened, not redefined. Mothers are always present at the birth of their children. We believe the father should be there too. Girls who grow up without fathers at home often lack security and self-esteem. Without a father’s love, girls too often end up looking for love in all the wrong places. Without fathers, boys are often left without good role models and have difficulty learning what it truly means to be a man. Too often they express their manhood in ways that are unhealthy for themselves and society. An intact traditional marriage is the leading indicator of a child’s well-being and healthy psychological development. Marriage is the best and least costly of all social programs.

SF: But wouldn’t it be better for a child to have two loving parents, whatever their sex might be?

L: Children are blessed by the protection and love of aunts and uncles, as well as grandparents and cousins. Traditional marriage establishes this network of support. On the other hand, two moms are not better than one. The mother-child relationship is one of a kind. The addition of an extra mother only adds confusion to the household, leaving a child with a dual and divided allegiance. Likewise, an extra father is confusing and can in no way substitute for the absence of a mother’s special nurturing love. A man and a woman balance one another and provide the best possible environment for raising a child.

SF: If marriage is about children, then why do we have marriage for older people who can no longer have children? What about couples who are infertile or choose not to have children?

L: The purpose of marriage is to obligate and incentivize the only union that can produce children and is best equipped to raise them. There are no are laws governing friendships. Friendships can be made and broken and don’t demand exclusivity. But society has a compelling interest in marriages that are permanent and exclusive. For good reason, a bride and groom vow to love only one another as long as they both shall live. While women are no longer able to have children past the age of menopause, men are typically able to become biological fathers indefinitely. Marriage is given to make sure that man fathers no other children apart from his own marriage. All marriages, whether a couple is fertile or infertile, provide models for young people to follow, and thus strengthen marriage as an institution. We need to realize that marriage is more than a contract between two people. Marriage is a public institution that promotes societal goods in a way that is both non-intrusive and beneficial for society as a whole.

SF: But isn’t this a matter of freedom?

L: Our basic liberties are at stake, but not in the way you might imagine. Increasingly, supporters of natural marriage are labeled as bigots and haters. Supporters of gay marriage are demanding more than tolerance. People who express differing views have increasingly been ostracized, some losing their jobs. Such intolerance threatens our schools and churches as well. There seems to be little place or sympathy for traditional Christian belief and practice. A movement that used to preach tolerance has become the epitome of intolerance.

SF: But how does gay marriage harm anyone?

L: The redefinition of marriage is a new thing, and the evidence is only just coming in. In a number of northern Europe countries where gay marriage was first introduced, the initial reports are that fewer and fewer people are getting married. As marriage is redefined, it seems to be losing its special honor. There also seems to be a shift in marital norms. When two men marry, they often describe their relationship as “monogamish,” which means they are sexually active not only with each other, but also with others. This is no aberration, but an openly accepted norm in the gay community. Lesbian marriages, while not as typically promiscuous, have proven thus far to be much more highly unstable. As marital values of exclusivity and permanence fall by the wayside, the government will have to step in even more to clean up the mess.

SF: Well, at least now that gay marriage is becoming the law of the land, the matter is settled, and we can move on to more important things.

L: There is hardly anything more important to society than marriage. There is nothing more important to a building than its foundation. But this is hardly the end of the matter. There is now no logical reason to deny marriage to polygamists and polyamorists. The term “thruple” has already become part of the common parlance. Polygamists are celebrated in television shows, and group marriage is discussed in the New York Times. Others are proposing temporary marriages. Even the practice of incest is surfacing its ugly head, as what was once unthinkable becomes commonplace. Marriage has not only been redefined; it has lost its logical definition and is open to endless change. In the end, children will be harmed. Whether you agree with me or not, my position is based on reason. I support traditional marriage because out of love for children and because it actually makes the world a better place to live.

Free to be Faithful essay contest