The Rev. Dr. Edward Grimenstein, associate executive director of the LCMS Office of International Mission (OIM), and his team have noticed that many missionaries have one thing in common: they were first inspired to become missionaries during childhood. 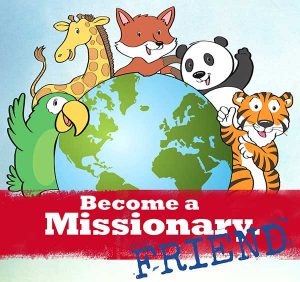 To encourage LCMS members — especially children — to become more mission-minded, the OIM is releasing an updated version of “Mission Friends,” a free program that explores mission work around the world.

The program, which was originally created in the 1990s, is geared for fourth-graders, although it can be adapted for younger or older children.

Through the updated curriculum, children will learn about the 35 countries where LCMS missionaries currently are working. Materials for each country include passages from the Bible and Small Catechism; a story about the mission field; a coloring page; games, crafts and recipes; and a devotion for families to read together.

Thanks to assistance from Concordia Publishing House, “Mission Friends” will be available in two formats: a digital version for use on computers or other devices, and a downloadable PDF version.

On June 15, materials for the countries of Latin America and the Caribbean will be available. Materials for the other four world regions — Africa, Eurasia, Southern Asia and Oceania, and Asia Pacific — will become available on a quarterly basis.

Eventually, Grimenstein also hopes to add a pen-pal component to “Mission Friends,” so children in the United States can connect by email or Skype with the children of missionary families.

“By this summer, we will have 200 missionary kids on the field,” Grimenstein said. “We want the LCMS to begin supporting missions again by realizing the sacrifices missionary families make. [The pen-pal component] is one way to care for our missionaries and their children.”