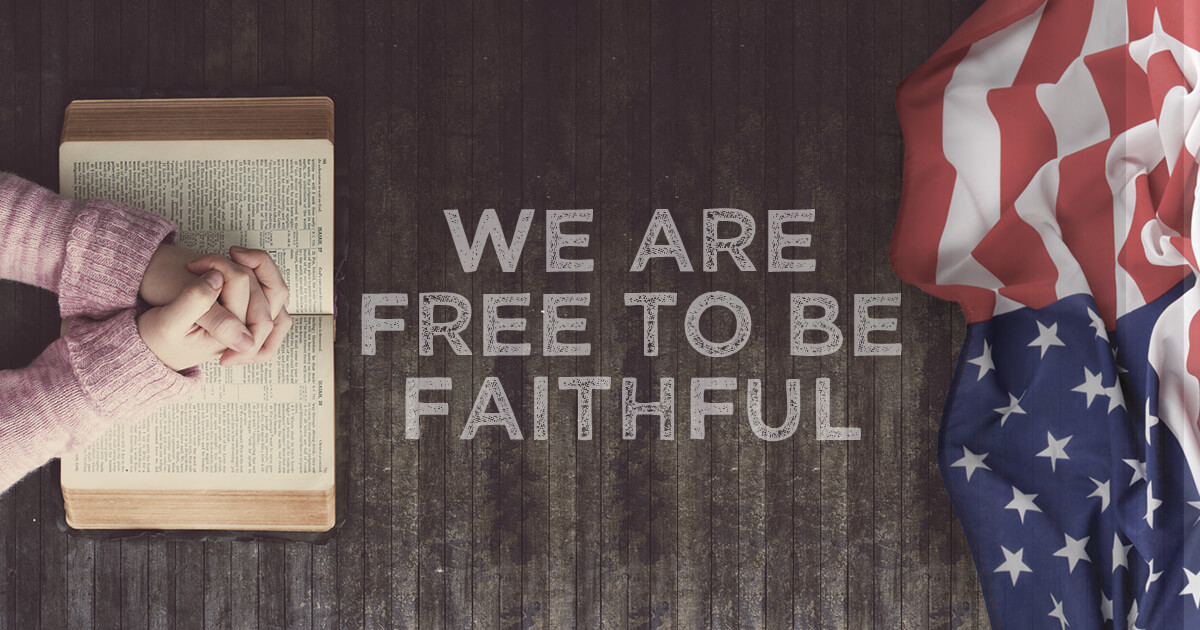 The LCMS has joined an amicus brief in a case bound for the U.S. Supreme Court to halt a California law requiring pro-life pregnancy centers to provide free advertising for the abortion industry.

The Synod is among 22 states, 144 members of Congress and numerous other organizations that have filed amicus (friend-of-the-court) briefs with the U.S. Supreme Court in National Institute of Family and Life Advocates (NIFLA) v. Becerra, according to Alliance Defending Freedom (ADF). ADF attorneys are representing the pregnancy center network NIFLA and two of its centers.

“As the many briefs filed in this case affirm, no one should be forced to provide free advertising for the abortion industry — least of all pro-life pregnancy centers,” said ADF President, CEO and General Counsel Michael Farris in an ADF press release. “Government-compelled expression strikes at the very heart of constitutionally protected liberties.”

Farris will argue the case before the high court on behalf of NIFLA and the two centers.

At issue is whether the disclosures required by the California Reproductive FACT Act, AB 775, violate the protections set forth in the Free Speech Clause of the First Amendment, applicable to the States through the Fourteenth Amendment.

The mandated disclosure must also include a phone number for a county office that refers women to Planned Parenthood and other abortion providers.

The U.S. Court of Appeals for the 9th Circuit upheld a federal district judge’s decision to allow the law to remain in effect while the legal challenge proceeds. ADF attorneys are asking the Supreme Court to reverse that ruling, halt the law and affirm that compelling the centers to provide advertising contrary to their core mission is a violation of their constitutionally protected freedoms.

From Christian bakers to judges to florists who seek to live consistently with their faith in their vocations, religious liberty advocacy organizations like ADF are increasingly involved in high-profile Supreme Court cases, since Christians face continued encroachments from a heavily secularized American culture that some now refer to as “post-Christian America.”

In addition to advocates like ADF, Lutherans can look for a voice in the public square as the nascent Lutheran Center for Religious Liberty (LCRL) establishes a foothold in the nation’s capital.

“Issues like this — where repugnant ideologies are being forced upon people who respectfully disagree — these are precisely the reasons why the LCRL is in Washington, D.C., advocating for our First Amendment rights to be God’s people, reflecting His voice in the public square for all,” said the Rev. Dr. Gregory Seltz, LCRL executive director.

Roger Drinnon (roger.drinnon@lcms.org) is director of Editorial and Media Relations for LCMS Communications.