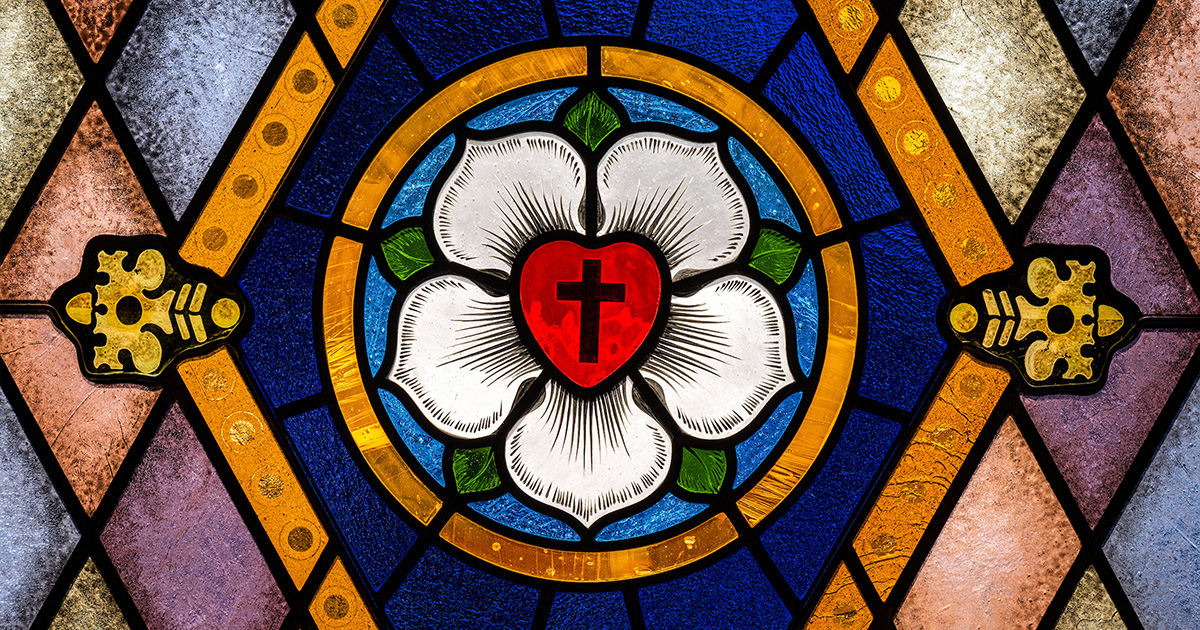 The Lutheran Church—Missouri Synod (LCMS) Board of Directors (BOD), Council of Presidents (COP) and Boards for International and National Mission (BIM and BNM) convened in January and February.

At its Jan. 27 Zoom meeting, the BIM was introduced to its newest member, the Rev. James Douthwaite, pastor of St. Athanasius Lutheran Church in Vienna, Va. Douthwaite will serve as the board’s representative from the East-Southeast Region.

“I am amazed at all the work the Synod is doing around the world. … I am looking forward to seeing how I can help strengthen the board, especially with regard to missionary care, making sure our missionaries receive all the help and support they need,” said Douthwaite.

Sitting in his final session with the board was the Rev. Bill Zwick, who has accepted a call to serve as mission executive for the LCMS Mid-South District. Zwick has served on the board since November 2020.

“Although my service [on the board] has been brief, it has been an honor and privilege to serve the people of the LCMS as a steward of God’s gifts used around the globe. … I pray for the members of the board, and the staff at the International Center, as they continue to carry out this vital mission of the Synod.”

The board voted to issue calls to:

The BIM heard reports from LCMS President Rev. Dr. Matthew C. Harrison; LCMS Chief Mission Officer Rev. Kevin D. Robson; the Rev. James Krikava, associate executive director of the LCMS Office of International Mission (OIM), Eurasia and Asia Operations; and the Rev. Jonathan Shaw, director of LCMS Church Relations. Shaw spoke about recent work in Portuguese-language ministry within the U.S.; the consecration of the first bishop of the LCMS mission in Spain; and the trial of the Rev. Dr. Juhana Pohjola and Dr. Päivi Räsänen in Finland over their publication of a pamphlet stating the biblical view of human marriage and sexuality.

“Through all of this … the Finnish Lutheran Church, the confessional one, has just grown by leaps and bounds. Because the more you attack the Gospel, the more the Spirit works through it,” said Shaw.

Meeting minutes, when they are finalized, will be posted at lcms.org/board-for-international-mission. The board next meets May 26–27 in St. Louis.

Meeting via Zoom on Feb. 10, the BNM heard an update from the Rev. Robert Zagore, executive director of the LCMS Office of National Mission (ONM), who discussed the completion of the Spanish-language Lutheran hymnal; the work of several task forces called for by the 2019 Synod convention, including a mental health task force (Res. 3-04A), a child protection program (Res. 1-07A), and a task force to address issues of human sexuality and gender identity (Res. 11-03A); LCMS Disaster Response’s work with the LCMS Pacific Southwest District to develop a Lutheran Early Response Team (LERT) training program in every circuit of that district; LCMS Life Ministry’s Million Dollar Life Match grant program, which will provide up to $1 million in matching funds to support congregations involved in human care and mercy work at the local level; and the Making Disciples for Life conference held at the LCMS International Center in St. Louis and online Jan. 10–12.

Harrison discussed the Synod’s ongoing emphasis on church planting, including upcoming matching grants that will support Lutheran church plants, and reviewed the opportunities and challenges in Lutheran school planting.

Robson updated the BNM on the financial condition of the Synod, which is “standing on the surest footing it’s had, perhaps in its history,” as well as the work of the LCMS Office of Pastoral Education on its church worker recruitment initiative, Set Apart to Serve.

He also mentioned ongoing work of the OIM with the China Evangelical Lutheran Church (CELC), a partner church of the LCMS, to establish a Mandarin-speaking Lutheran seminary in Taiwan, which will initially be located in the OIM regional headquarters in Chiayi.

As a result of 2019 Resolution 4-04A, “To Expand and Strengthen the Input with Which the Synod’s Triennial Mission and Ministry Emphases Are Determined,” members of the BNM and BIM paired up last year to visit with the leadership of each Synod district to discuss the current mission priorities of the Synod. At the meeting, BNM members shared their experiences visiting with individual districts. Frequently noted was a lack of awareness of the mission priorities among the districts, even where the work of the districts was aligned with those priorities.

The 4-04A subcommittee was slated to meet with Robson later in February to start collating the data gathered from these district visitations, which will be used to shape the boards’ recommendations regarding the Synod’s mission priorities to the 2023 convention.

The BNM also heard presentations from the Rev. Heath Curtis, coordinator for LCMS Stewardship Ministry, on how congregations can practice faithful stewardship in a time of high inflation; and from the Rev. Kevin Barron, pastor of Calvary Lutheran Church, Baltimore, Md., on the Christian response to post-modern critical theory and its manifestations in concepts such as “social justice” and “systemic racism.”

Meeting minutes, when they are finalized, will be posted at lcms.org/board-for-national-mission. The board next meets June 16–17 in St. Louis.

The BOD met Feb. 18 at the St. Louis Airport Hilton. After BOD Chairman Rev. Dr. Michael Kumm called the meeting to order, the Rev. Roy Askins, editor of The Lutheran Witness, led a devotion on John 6:25–40. Kumm welcomed Nathan Haak, the new chief financial officer (CFO) of the LCMS. “Welcome, after a vacancy of over two years, to Nathan Haak. We are glad to have you. … We are looking forward to working with you,” Kumm said.

Harrison reported that a foundation friendly to the Synod has pledged an initial $2 million grant for church planting through the ONM. Harrison also presented a brief explanation of the three uses of the word “confess” (homologeo) in the New Testament. First, confession means that we confess our sins. Second, confession involves professing the content of the faith. Third, confession means we praise God for His grace and mercy in Christ.

Robson updated the Board on a broad range of national and international mission work and discussed the needs of Lutherans in Ukraine, asking for continued prayers. He noted the preparations underway for the LCMS Youth Gathering this summer in Houston under the theme, “In All Things.”

Ross Stroh, executive director of LCMS Accounting, updated the Board on the Synod’s financial situation through the first six months of FY22. Stroh said revenue is $2.73 million above budget and expenses $3.09 million below budget. After a discussion of the appropriate amount of cash on hand, Haak said that the Synod is well within the accepted norm, and that he is working on an updated cash management policy.

Frank Simek, LCMS chief administrative officer, who also served as interim CFO until Haak’s arrival, presented his last report as acting CFO, covering gift tracking for the first half of FY22. Unrestricted giving from the districts is anticipated to meet budget projections. Total unrestricted gifts and grants are on a trajectory to finish slightly less than last year’s, but still ahead of budget. Overall, giving looks to be on track compared to budget.

In other business, the BOD approved proposed revisions of its policies for Recognized Service Organizations (RSO) as proposed by the Governance Committee. The Board also voted to elect the Rev. Joel A. Brondos of Pagosa Springs, Colo., to fill the vacancy created on the Concordia Seminary, St. Louis, Board of Regents by the resignation of the Rev. Dr. Todd A. Peperkorn. Peperkorn now serves at Concordia Theological Seminary, Fort Wayne.

Meeting minutes, when available, will be posted at lcms.org/bod. The board next meets May 20.

The COP convened on Feb. 21 in Santa Fe, N.M., with a brief remembrance of the Rev. Dr. Timothy Yeadon, former president of the LCMS New England District, who died Jan. 16. The Rev. Dr. Chris Wicher, president of the LCMS Eastern District, said, “Tim spoke with passion about Jesus Christ because that’s who he was. His faith was passionate. His love for Jesus’ church was passionate.”

Over the course of its weeklong meeting, the COP discussed the role of confessional subscription in ordination and life together in the Synod, hearing presentations from the Rev. Terry Forke, president of the LCMS Montana District; the Rev. Dr. Steven D. Turner, president of LCMS Iowa District West; and the Rev. Dr. Brian Saunders, president of LCMS Iowa District East. After each presentation, the COP met in small groups to consider the implications of each presentation. “Every page of the confessions is pastoral,” said Harrison. “Its concern is the care of the souls.”

Harrison announced the theme for the 2023 LCMS convention in Milwaukee: “We Preach Christ Crucified,” based on 1 Cor. 1:18–25. The Synod will celebrate her 175th anniversary in 2022 with the theme, “Only Jesus: No Other Name,” based on Acts 4:12. Harrison observed, “If there’s anything about the LCMS that we should celebrate for the last 175 years, with all of our weakness and troubles, it’s Jesus only.”

“We had a good response from the communication to delay [the] Synod convention, but only from those that we have email addresses for,” said the Rev. Dr. John W. Sias, LCMS secretary. “We need your help to encourage congregations to submit reports with current emails. It’s most helpful if we can have two or three current emails, so that we can communicate confidentially knowing that the emails are being read and people are aware.”

Sias emphasized the importance of both the ability of the Synod to communicate with congregations and the accuracy of the congregations’ reports to the Synod. Sias reminded the district presidents to encourage congregations to keep accurate and up-to-date records. “We are concerned for people, and records help us care for them and to keep track of them when they move, so that we can ensure they are cared for,” he said.

The COP spent much of its time together discussing issues surrounding pastoral situations such as reinstatements and requests for congregational exceptions regarding the requirement for lay deacons to seek ordination. Due to the gravity and importance of these discussions, the COP spent considerable time in deliberation and prayer.

Leaders from Lutheran Church Extension Fund, the Lutheran Foundation and Concordia Plan Services asked the council for input on how their organizations can benefit the districts, congregations and workers of the LCMS. Dr. Joel Oesch, professor of theology at Concordia University Irvine, Irvine, Calif., led a time of theological reflection titled “Singled Out,” encouraging meditation on the nearness of God in Christ and His Word.

The Rev. Dr. Roger Paavola, president of the LCMS Mid-South District, presented his district’s research on teaching the faith to the next generation in a program called “Generation 2 Generation.” Dr. Stephen Saunders, a professor at Marquette University, led a brief marriage enrichment session for the presidents and their wives. Throughout the week, the COP spent time in koinonia groups discussing various issues in the Synod and districts, including casuistry and theological concerns. The care of souls and the health of each congregation remain the primary focus and work of these men called to serve Christ’s church.