The sin of racism: A Gospel response 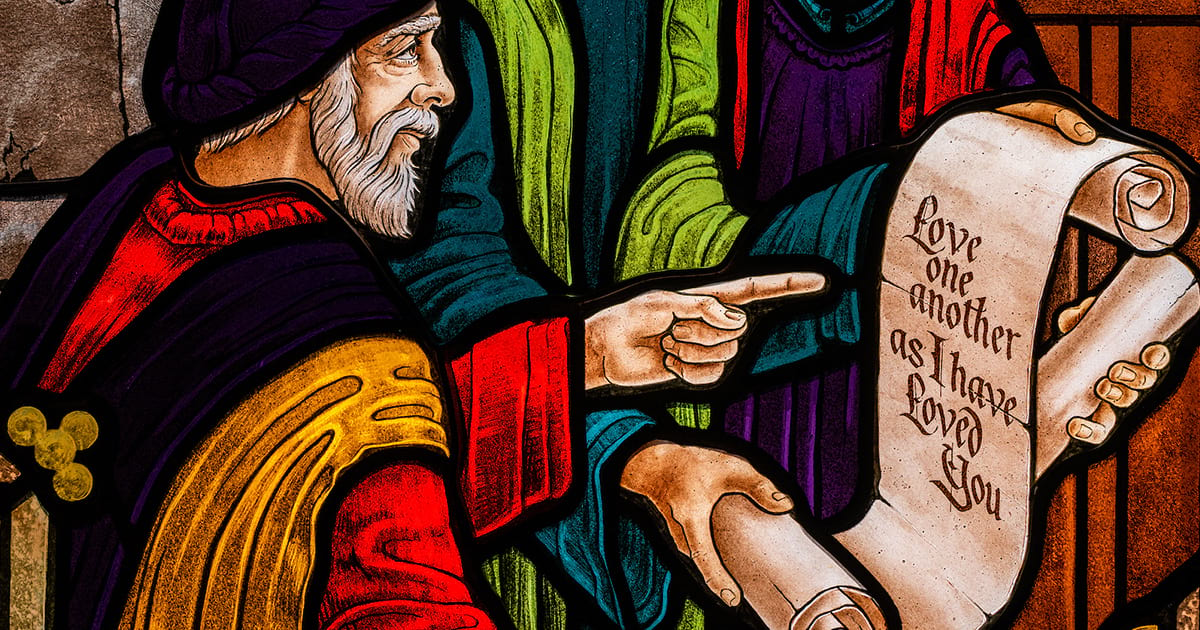 Racism is a reality. In our ever more sin-sick world, incidents like the crazed and premeditated murders in Buffalo, N.Y., which took the lives of beloved fathers, mothers, sons and daughters just because they were black, plague us. The perpetrator was both mentally ill and racist. We are reminded of the racist sins of the previous generations even as we face present racism. The sin of racism is not simply something “out there.” Sin, including racism, is an ever-present reality to which we are all susceptible because of our sinful nature. Everyone has the sinful propensity to pre-judge and mistreat other children of God based upon their skin color, culture or some other difference we perceive. But “God shows no partiality” (Acts 10:34; Rom. 2:11).

Many, including some in the LCMS, have embraced a response to racism similar to that advocated by Ibram X. Kendi in his 2019 book, How to Be an Antiracist. In his book, Kendi asserts that the claim to not be racist or state “I am not racist” is not sufficient and even betrays a racist attitude. One must be “antiracist” by actively opposing racist policies. In Chapter 1, Kendi states, “A racist is someone who is supporting a racist policy by their actions or inaction or expressing a racist idea.”

Kendi casts a very wide net. He asserts that aspects of President Lyndon Johnson’s “Great Society” promoted racist policies. He asserts that the great W.E.B. Du Bois promoted a racist idea when he argued that black Americans should assimilate into the larger culture. He asserts that Presidents Bill Clinton and Barack Obama promoted racist views for calling on the black community to concentrate on creating stronger families (a challenge shared by all of us). Kendi also asserts that “tough on crime” legislation and efforts to defend religious freedom are inherently racist.

In Chapter 15, Kendi asserts that “homophobia” and “transphobia” are racist. The church does not fear homosexual or trans people. The church preaches repentance and faith to all people according to God’s Word. We are all sinners. We all need the forgiveness of Jesus promised and delivered in the Gospel.

Kendi says “patriarchy” is racist (that includes churches like the LCMS that have a male-only clergy). Women who support such systems are also racist. Any refusal to support the current global warming agenda is likewise racist because, he opines, the effects of global warming most intensely affect peoples of the Global South. Kendi says standardized tests are racist. He also accuses of racism any black person who does not concur with his approach. In a video, he asserted that Christian missions are illegitimate, since they are the attempt of white missionaries to force Africans and others to acquiesce to white standards of morality.

My deepest concern is that Kendi promotes a virulently anti-Christian philosophy. Can you imagine St. Paul preaching in the sex-crazed world of the Gentiles of his time without the call for repentance, especially for sexual immorality? (Romans 1–2; see also Acts 15, where the Apostolic Council wisely refused to impose the Mosaic law upon converts but urged the abstaining from sexual immorality). There is no room in Kendi’s “antiracism” for God’s Law or the one truth of the Gospel for all people. There is no room for the clear teaching of Holy Scripture on matters of marriage and sexuality.

What bothers me most is that this philosophy teaches that every Bible-believing Christian, or anyone who holds virtually any conservative view, is racist. That is not true or acceptable. Least of all is it acceptable in the church’s schools and institutions. Should Kendi be read and studied? To be sure, since his voice is popular and influential. But we must set forth biblical truth on these and all matters. We need to continue to articulate and act on a truly God-pleasing approach that condemns all sin, including racism, and articulates God’s love in Christ for all. We must continue to treat all people as God’s creatures, taking seriously sin and grace. Kendi does not offer a prescription for the end of racism. In the end, he increases it. What he offers is a substitute religion that brooks no dissent from his views.

There is no one Christian policy or position on (much of) crime, poverty, state assistance, immigration, global warming, etc. That’s why the LCMS makes few statements on policy matters, but rather urges Christians to be good citizens and to act justly when they participate in the secular realm. Christians are free to make decisions that they believe are for the good of the world.

Some ask what the LCMS is doing about racism. The most important thing we do and have done is teach our people that racism is sinful and that God loves all people in Christ. Since the 1950s, the LCMS has specifically rejected discrimination and racism no fewer than 39 times in convention. The Synod has officially rejected segregated housing and many other racist practices. Have we always lived up to God’s intention in this matter? Certainly not. God’s Law demands perfection and always condemns. But we continue to call all to repent, to be forgiven in Christ, to move forward in love and respect, and to act as responsible Christians and citizens. I urge you all to read Racism and the Church by our own Commission on Theology and Church Relations.

I also encourage you to buy Luther’s Small Catechism with Explanation (2017) from Concordia Publishing House. In the explanation section following Luther’s Small Catechism, the discussion concerning the Fifth Commandment (You shall not murder) offers compelling texts of Scripture that preclude all violence and encourage love and care for our neighbor. Here’s what the catechism explanation on the Fifth Commandment says about racism in particular:

Question 62. How does this commandment apply to some specific issues today?

E. It forbids hating, despising, or slandering other groups of people (prejudice, racism, and so forth).

Acts 17:26 [God] made from one man every nation of mankind to live on all the face of the earth, having determined allotted periods and boundaries of their dwelling place.

James 2:1 My brothers, show no partiality as you hold the faith in our Lord Jesus Christ.

1 John 3:15 Everyone who hates his brother is a murderer, and you know that no murderer has eternal life abiding in him.

Revelation 5:9 And they sang a new song, … saying, “You were slain, and by Your blood You ransomed people for God from every tribe and language and people and nation.”

Our teaching on racism and other issues is rooted deeply in the Gospel of Jesus Christ. In fact, the Bible contains the strongest antiracist teaching in the history of the world:

1. Each and every person is descended from Adam, who was made in the image of God. We are one race.

With 5,700 active pastors and 20,000 teachers and other church workers daily preaching and teaching that violence and discrimination are sinful, even with our weaknesses, the LCMS is a powerhouse of clear teaching of love and respect for all people.

I am going to ask some of our theologians to give a biblical response to critical theory and to equip our people with resources to navigate these challenging times. We are already working with one of our Concordia universities to create a curriculum that will address unity and diversity from a thoroughly biblical perspective; once ready, we will make it available to other Concordias too. This fall, the Making Disciples for Life conference will engage these topics, and I encourage you to attend.

The church cannot follow the world. The church should not get itself balled up in secular policy debates when the Bible does not clearly mandate one Christian response. The Christian lives in two realms, state and church. Christians recognize this country has a tragic history of state-sponsored racism. We also note with thanksgiving how much progress the nation has made. Christians as citizens should involve themselves in the secular/political world as appropriate to their vocations. Christians should vote. Christians will not always come to the same conclusions on these matters. Christians walk according to Micah 6:8: “What does the Lord require of you but to do justice, and to love kindness, and to walk humbly with your God?”

Meanwhile, the church has THE antiracist policy — the Gospel.