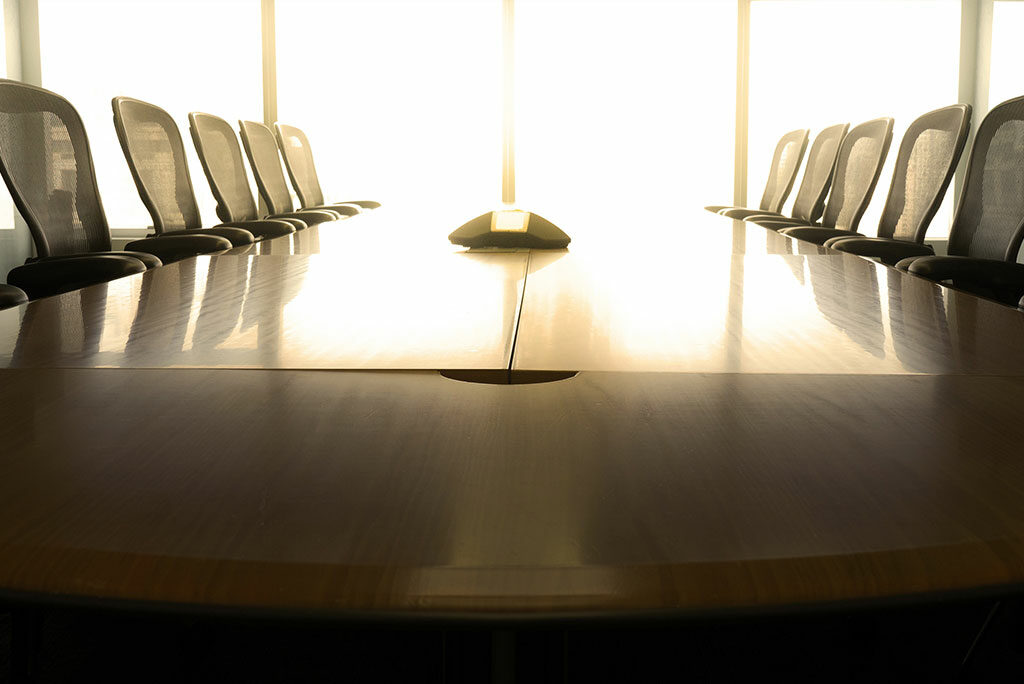 SCHAUMBURG, Ill. — Of all the business addressed by the Synod’s Board of Directors (BOD) at its meeting here Nov. 17-18 — whether on its own or in a 90-minute joint session with the Council of Presidents (COP) — the challenge of helping God’s people work together in marshalling resources to advance the kingdom of Christ was paramount.

At the joint session (the COP was meeting concurrently in the same convention center during the week of the Lutheran Church Extension Fund Fall Leadership Conference), LCMS Chief Financial Officer Jerald C. Wulf, joined by Ross Stroh, executive director of LCMS Accounting, gave a “condensed overview” of the Synod’s national-office budget, with particular emphasis on giving trends over the past 40 years.

“The problem isn’t that people in our congregations aren’t giving,” said Wulf, “but rather how these gifts are being shared with the districts and the Synod.”

In 1976, he noted, Sunday-morning offerings across the Synod amounted to some $400 million. Today, that figure stands at about $1.4 billion. “That’s a healthy upward trend in our congregations,” he said.

The issue for the districts and the Synod, Wulf continued, is that, in 1976, for every dollar placed in the offering plate, 16.6 cents went to the districts, which, in turn, forwarded 6.1 cents to the Synod. Today, the districts are getting just 8.8 cents of every offering-plate dollar and sharing 1.1 cents of that with the Synod.

For the national office to have the same buying power, “to be on the same footing, adjusting for inflation, as we were in, say, 1981, we would need $70 million from the districts today,” said Wulf.  As things stand, the Synod last year received less than $15 million.

Wulf pointed out that these offering-plate dollars are “unrestricted” funds — free to be used however the Synod wishes to do so. Years ago, such funds made up the bulk of the Synod’s budget. Today, however, “restricted funds far outpace unrestricted revenue” by a measure of 77 percent to 23 percent. Even so, the dramatically reduced unrestricted monies have a material effect on what the national office is able to do.

Several COP members expressed interest in, if not surprise over, the Wulf/Stroh presentation, and it was agreed that Wulf would share his PowerPoint slides with the district presidents so they could relay his message to their own boards of directors back home.

In another noteworthy discussion during the joint session, Synod Secretary Rev. Dr. John W. Sias gave an update on Resolution 12-14, which concerns ecclesiastical supervision in the Synod and its attendant processes for appeals and expulsions. At the Synod’s Milwaukee convention in July, delegates resolved to have the COP play a role in advising Sias on how bylaw language pertaining to ecclesiastical supervision can be brought into accord with corresponding language in the LCMS Constitution, which, said Sias, “requires that the Synod president can initiate charges” against an allegedly erring party should a district president “fail to act or decline to suspend,” and that “accusers should have the right” in that narrow circumstance to then take their complaints to the president.

Early in the COP meeting here, Sias presented an overview of the historical processes for suspensions and expulsions in the Synod, and the Rev. Dr. Gerhard H. Bode, associate professor of Historical Theology at Concordia Seminary, St. Louis, delivered a complementary paper on the historical background and illustrative cases of ecclesiastical supervision.

While acknowledging that this subject has created “some tension” in the Synod for the past couple of years, COP Chairman Rev. Ken Hennings, president of the Texas District, said the presentations by Sias and Bode were “very helpful.” The COP “desires unity” on this issue, he said, adding that, for his part, Synod President Rev. Dr. Matthew C. Harrison — with whom Hennings is collaborating to agree on the nature of the COP’s consultation with Sias — has been “gracious and forthright” in the dialogue to date.

Once Sias develops proposed bylaw revisions, he will submit them to the Commission on Constitutional Matters and the Commission on Handbook for review, whereupon the new bylaw text will go to the BOD for final approval.

In his report to the BOD, President Harrison touched on a range of topics, including his thoughts on the Synod’s finances. Owing to flat revenue and other factors, he noted, “We have to look at cost-saving measures. We have to think in terms of reducing expenses — to the point where we can bank money each year — and endowing our ministries.”

He reflected on how helpful it might be to engage a group of pastors “to go around the Synod and preach — telling our people what’s going on in the mission field … getting our donors and other constituents closer to where the work is happening without their actually going there.”

He called his experience at the installation of the Rev. Dr. John Nunes, newly elected president of Concordia College—New York in Bronxville, N.Y., “very positive,” and said he looked forward to the increasing “fidelity and success” of all the Synod’s Concordia University System schools. “Our colleges and universities have a total enrollment of 35,000 students,” he said. “I’d like to see 90,000.”

Anticipating the new Trump White House, Harrison was heartened by “the strong position” the Trump transition plan appears to be taking in favor of school vouchers. While there are “challenges” with voucher programs, he said, and while “you have to be wary of governmental strings attached,” vouchers “have been a great benefit to our schools in Wisconsin.” And now, “maybe more state legislatures, perhaps starting with Iowa, may look into vouchers.”

Noting the concerns of Hispanics and others about immigration, Harrison said the Synod will consider preparing a new statement on immigration. “Regarding the Kingdom of the Left,” he said “the LCMS has no official position on immigration or on any proposed wall” along America’s southern border. As for the Kingdom of the Right, “We are called to love our neighbor” and to serve all those the Lord has placed in our communities, whoever they might be.

Turning his attention to Africa, Harrison noted that the Malagasy Lutheran Church, based in the island nation of Madagascar, recently elected as its president the Rev. David Rakotonirina, a graduate of Concordia Theological Seminary in Fort Wayne, Ind. The Malagasy church, a fast-growing church body with nearly 4 million members, has asked for fellowship talks with the LCMS — all the more reason, Harrison said, for the International Lutheran Council (ILC), of which the Synod is a member, to “increase its capacity” to reach out to these churches.

It’s possible that “over the next 10 years the ILC will encompass tens of millions of people,” Harrison said. This would be “a great force for good in the world.”

Keeping with the theme of worldwide work, the Rev. John Fale, executive director of the Synod’s Office of International Mission (OIM), together with Dennis Fangmann, the OIM’s director of business management, gave the board an overview of their unit’s challenges and opportunities. In the process, they, too, broached the subject of finances.

“Our current funding model for supporting our missionaries is neither realistic nor sustainable,” Fale said, noting that the OIM receives just $300,000 of the Synod’s unrestricted remittances from the districts. We need “a process or structure by which all of the Synod can ‘buy in’ to the OIM budget and support it.”

In response to the 2013 LCMS convention resolution calling for the doubling of LCMS missionaries, Fale said, “We have not slowed down the engine much on increasing the number of our missionaries. But we’re short on operational resources to have them fully engaged in the field.”

When a BOD member, citing this “imperfect system,” asked what the Board could do to help, Fale said the BOD “having a frank conversation with the COP” would be a good place to start. Beyond that, he put forward the idea of “exploring a partnership model to collaborate with districts, congregations, Recognized Service Organizations and mission societies” to combine forces “in all four of our world regions” — Africa, Asia, Eurasia, and Latin America and the Caribbean.

In the meantime, Fale said, in “developing our three-to-five-year strategic plan for each region” — plans that will accentuate the OIM’s “core competencies” of teaching the faith, planting churches, delivering mercy, and forming pastors and bolstering theological education — we will “create a more realistic budget so we don’t set ourselves up for frustration or failure.”

In all of this, Fale added, “Donor support is critical” for LCMS success on the mission field. “We need to cultivate more donors.”

In other business, the BOD:

At the joint session, BOD Chairman Kumm and COP Chairman Hennings served as co-chairmen. In appraising the work of the COP, Hennings said the Council is “moving more and more toward mutual respect and speaking well of one another.” Kumm sounded a bright note as well, saying that, among other positive things, “the Board of Directors continues to operate with efficiency.”